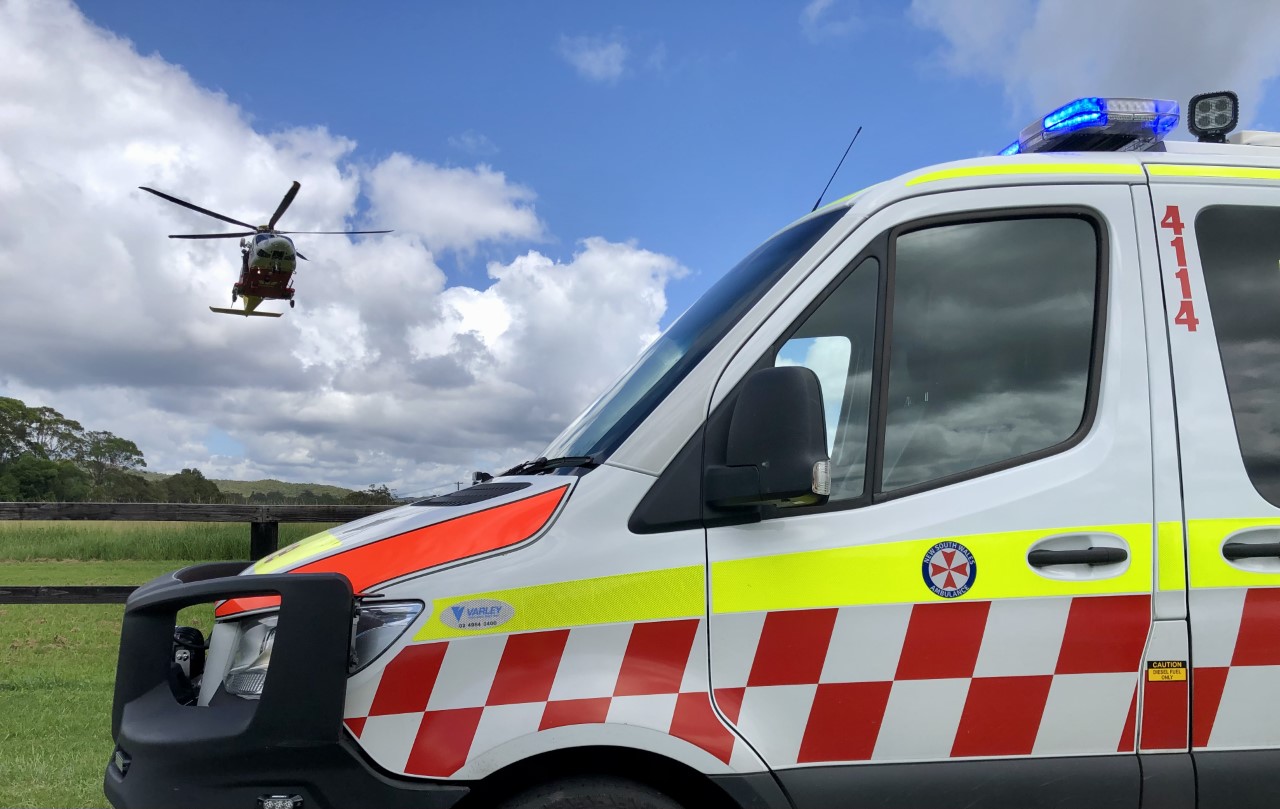 A man has been airlifted to hospital following a mountain biking crash on the Central Coast this morning.

Emergency services were called to an isolated track at Ourimbah shortly before 10.30am, following reports a male rider had fallen from his mountain bike while riding with mates.

Due to the inaccessible area, a crew from the Westpac Rescue Helicopter were winch inserted down to the site. They were assisted to treat a 25-year-old male rider for chest and back injuries.

The man was loaded onto a stretcher and winched up into the helicopter. He was then flown to the John Hunter Hospital in a serious but stable condition.