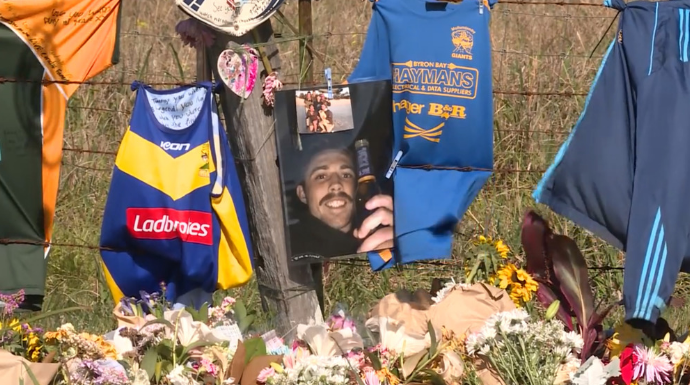 A driver has been charged after allegedly hitting a cyclist and fleeing the scene two months ago in the Northern Rivers.

Victim Timothy Watkins was a young up-and-coming rugby player, left to die on the side of Wilsons Creek Road, near Mullumbimby, after being struck by a car in June.

The 22-year-old died at the scene before emergency services could get there.

Following extensive inquiries, a 51-year-old man handed himself in to Coffs Harbour Police Station on Tuesday.

He was arrested and charged with negligent and dangerous driving causing death, as well as failing to stop to assist the cyclist.

Police searched a home in Bellingen and a vehicle, mobile phone and car parts have been seized and taken for forensic examination.

“I know the death of this young man has had a significant impact on his family and the local community,” Det Ch Insp Cullen said.

“Tweed/Byron detectives have worked extremely hard on this case and have received and processed a great deal of information throughout the investigation.

“As a consequence, we now have a man to face court on very serious charges, and I thank everyone involved for their support and assistance,” Det Chief Insp Cullen said.