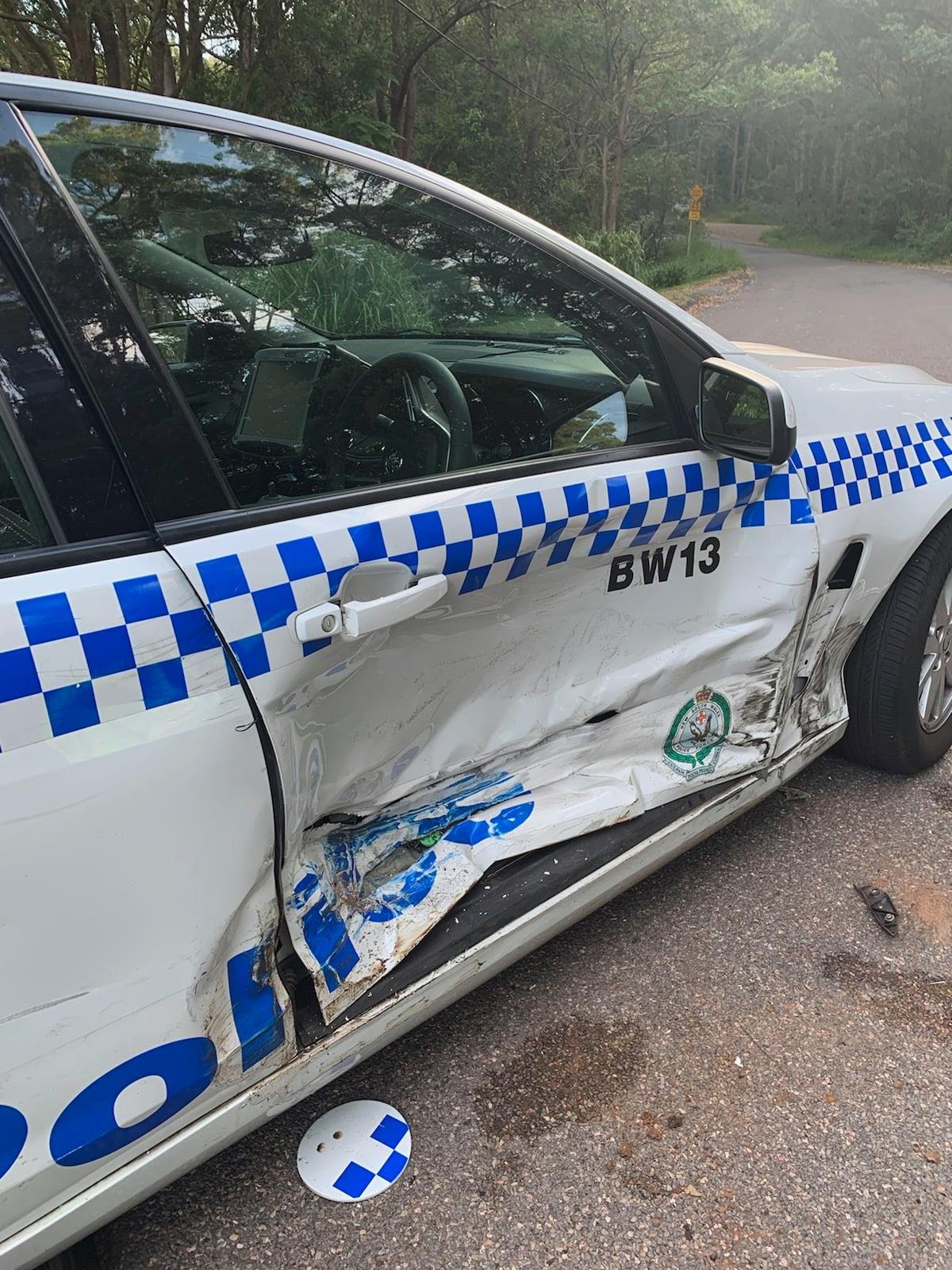 A driver has been charged, after a police vehicle was rammed and an officer was injured during a pursuit on the Central Coast.

Just before 5 o’clock this morning, officers noticed a Holden Commodore doing burnouts near the intersection of Henry Parry Drive and the Pacific Highway, Wyoming.

They tried to to stop the vehicle, but when it allegedly failed to stop, a pursuit started.

During the pursuit, the Holden allegedly rammed the marked police vehicle several times, causing extensive damage to the driver’s side.

A senior male constable was injured on his head and ribs, and was treated at the scene, before he was taken to Gosford Hospital in a stable condition.

The Holden driver stopped on Maidens Brush Road and ran away.

Police searched the surrounding area, and with assistance from the Dog Unit, a 41-year-old Umina man was found hiding inside another vehicle on Pecan Street early this morning.

He was taken to hospital under police guard for mandatory testing.