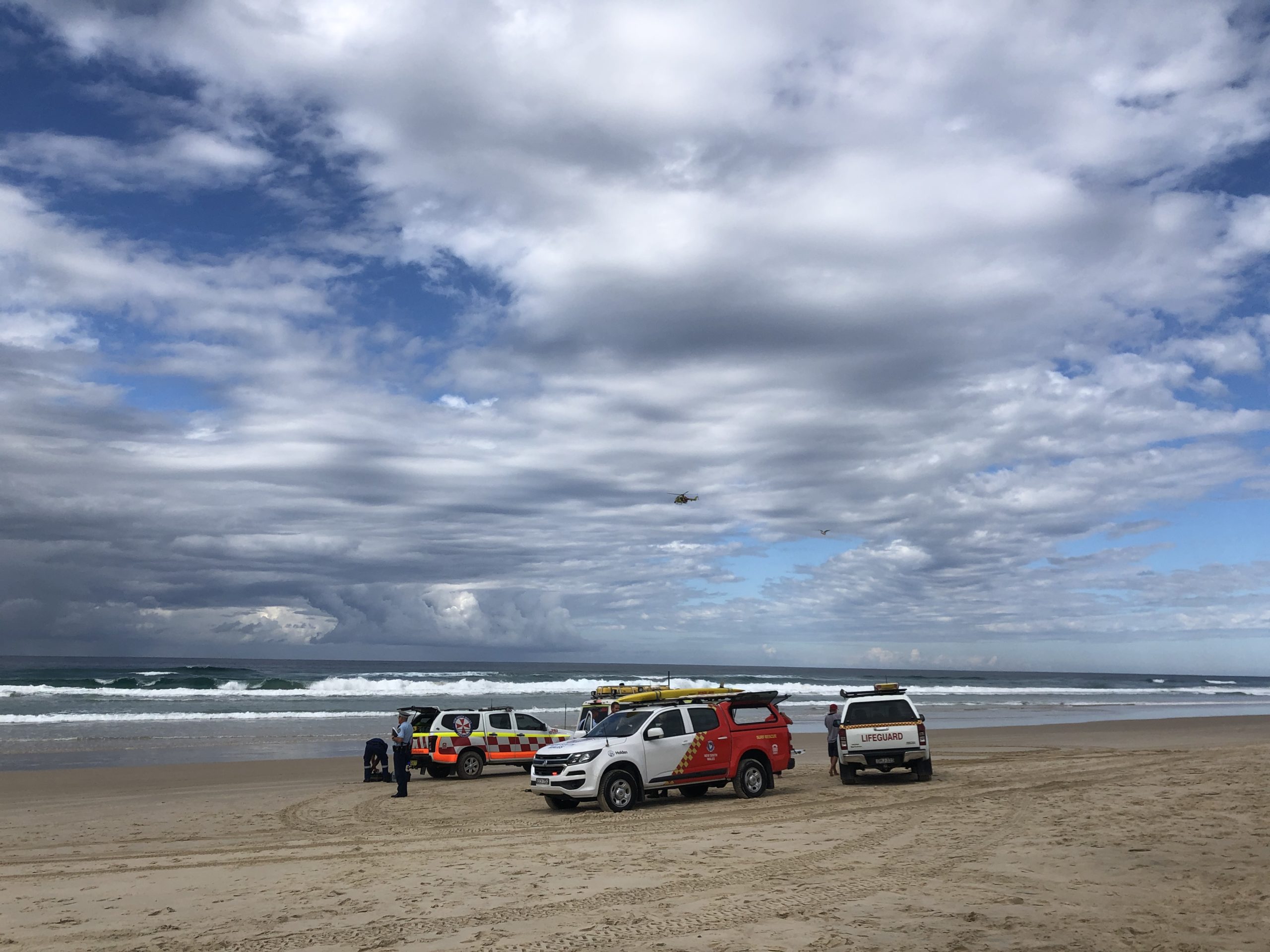 UPDATE | New South Wales Department of Primary Industries has confirmed a 3-metre Great White shark is responsible for the fatal attack of a Queensland man this morning.

The 60-year-old man, believed to be from Tugun, was surfing at Salt Beach near Kingscliff when he was bitten by the shark just after 10am.

Others surfing nearby rushed to help, fighting the shark off before helping the injured man to shore, witnesses at the scene have told police.

Inspector Terrence Savage, of NSW Ambulance, said other beachgoers tried in vain to save the man.

“They did everything they could to try and save his life, but despite their best efforts, were unable to do so,” he said.

“During this tragic time, our hearts are with his family.”

The victim received first aid treatment for a serious wound to his left leg but died at the scene.

Beaches between Kingscliff and Cabarita will remain closed for 24 hours.

There is a real-time shark listening station located opposite the Kingscliff Surf Life Saving Club.

According to NSW DPI, no tagged sharks were detected on this station today, or the Byron Bay Shark Listening station located around 50km south at Clarkes Beach.

ORIGINAL | A Queensland man has been killed in a suspected shark attack at a Kingscliff beach today.

Witnesses say the man was attacked by a 3 metre monster, while he was surfing at Salt Beach shortly after 10am.

Several board-riders came to the assistance of the man, fighting off the shark, before helping him to shore.

The man, believed to be aged in his 60s, suffered serious injuries to his left leg.

He received first aid treatment on the shore, but sadly he could not be saved.

Beaches between Kingscliff and Cabarita are closed for the next 24 hours.

Officers from Tweed/Byron Police District will be liaising with the Department of Primary Industry to investigate the circumstances surrounding the death.

Beachgoers are urged to follow safety advice from Surf Life Saving NSW and by visiting the Department of Primary Industry’s website www.dpi.nsw.gov.au/sharks and the SharkSmart app.

Anyone with information about this incident is urged to contact Crime Stoppers.

#SHARKATTACK // A 50 year old male has been fatally attacked by a shark whilst surfing at #Salt Beach on the NSW Far North Coast this morning. Jetski assets are in the water. The beach will remain closed for at least 24 hours. More info to come.