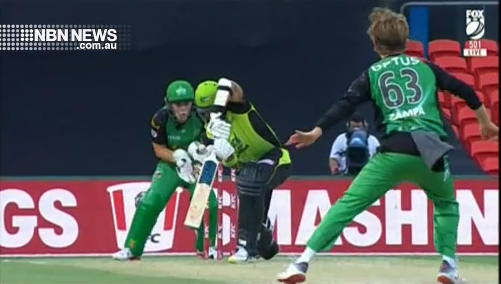 Moved back up to five in the order, the teenager suffered a scare on his first ball.

But did settle into his innings.

Sangha moving to 10 runs – his highest score in four knocks, before he too was back in the stands.

The loss leaves the Thunder in fifth on the ladder.