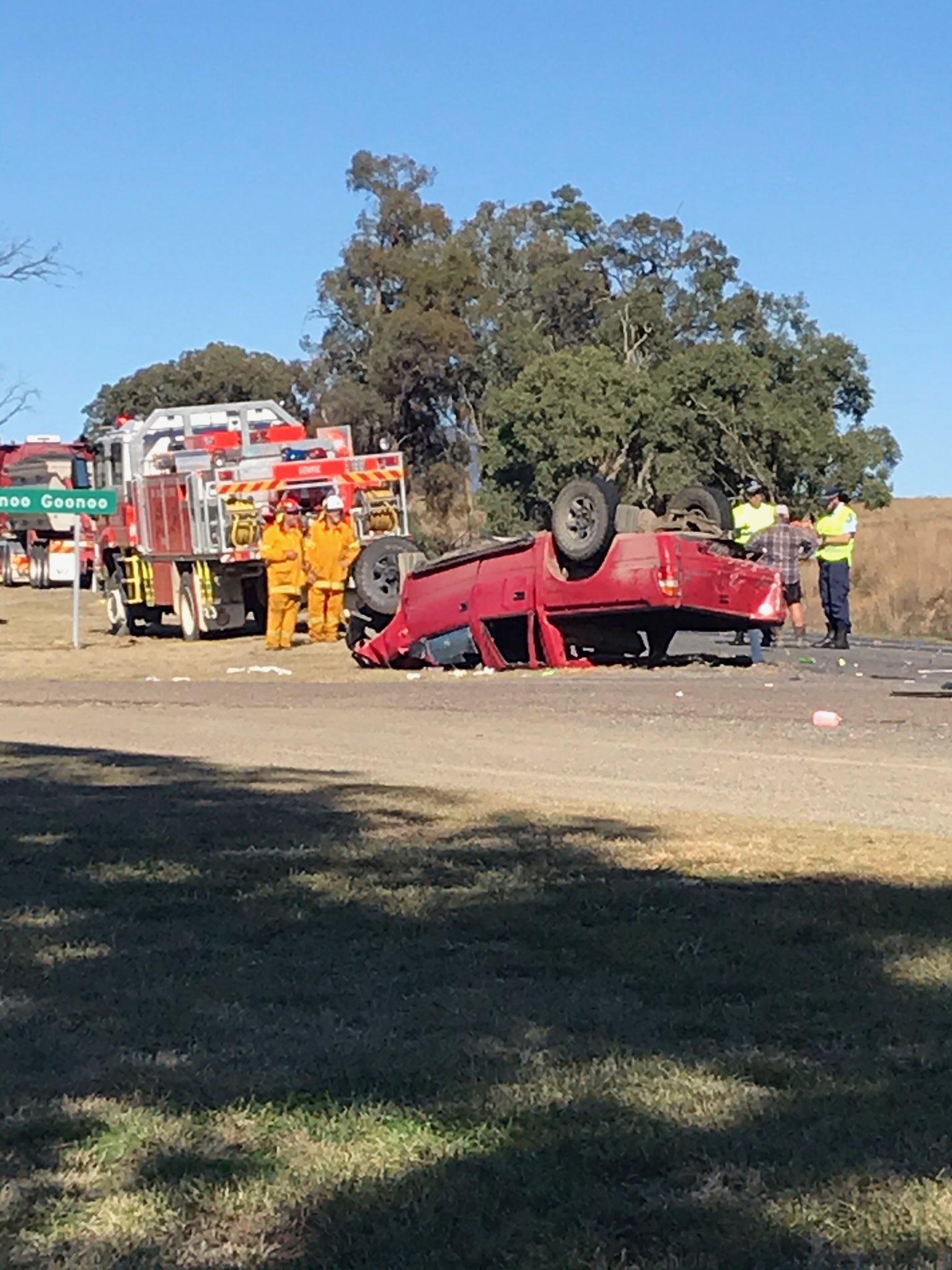 UPDATE | A man has been fined for allegedly causing a three car crash in the North West this morning.

Around 9am, two cars were travelling north bound on the New England Highway, when the driver of a red ute indicated to turn right into Goonoo Goonoo Station.

Police say a white four-wheel drive then slammed into it at speed, sending the ute flying.

Both cars landed in the path of an incoming truck.

A man and woman were taken to Tamworth Hospital, with only minor injuries.

ORIGINAL | Two people have escaped with only minor injuries following a three car crash on the New England Highway, near Tamworth.

Emergency services were called around 9 o’clock this morning after two cars and a truck collided outside Goonoo Goonoo station.

They arrived to find a red ute overturned and a four wheel drive smashed up.

BREAKING| Emergency crews are at the Newell Highway at Goonoo Goonoo following a horrific crash involving two cars and a truck. More to come. @nbnnews pic.twitter.com/YurSE5SQDu

A LOOK INSIDE THE NEW GRAFTON JAIL, OFFICIALLY OPENED TODAY