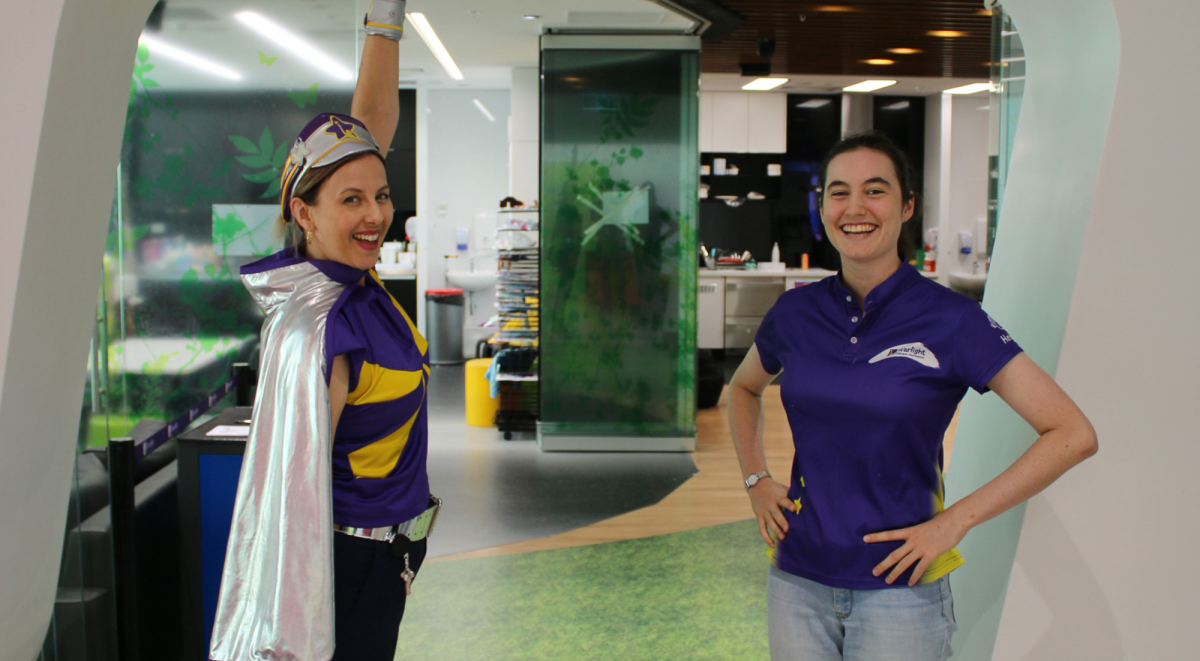 If you’ve ever been to the John Hunter Hospital, you may have spotted a super hero in a purple and silver uniform, singing, joking and laughing.

These special members are part of the Starlight Children’s Foundation and take on the important role of ‘Captain Starlight’.

Each day, The Captains visit sick children in their wards, to provide them with a mental break from sickness and boredom and help put a smile on their face.

But alongside these shining stars, are also an army of volunteers.

They spend their own nominated time in the Starlight Express Room, a space for patients and their families to escape the perils of hospital for a few hours.

In early 2020, the room was forced to shut and volunteers were banned, with the high risk of COVID-19.

Now, nearly fourteen months later, the program is back up and running and has already had a positive impact.

The team of volunteers set up a range of activities daily, aiming to brighten a patient’s day by distracting them from their treatment. A rule in the room, is to not talk about sickness and rather bond with patients over hobbies and passions, such as music or sport.

Taylor Johnson, Volunteer Advisor for Starlight says volunteer positions are now open again and the hunt for an additional team is underway.

A current volunteer, Charlotte believes being blessed with good health is something no one should take for granted. She decided to join the crew, to help improve the lives of those who aren’t so fortunate.

“To anyone thinking of joining the Starlight volunteer team, I’d say do it! It is a fantastic environment as there is always something exciting happening at Starlight,” says Charlotte.

Applications to volunteer in Newcastle, Adelaide, Brisbane and Sydney are available on the Starlight website.

ELDERLY MAN TO THE RESCUE AS FIRE DESTROYS UNIT