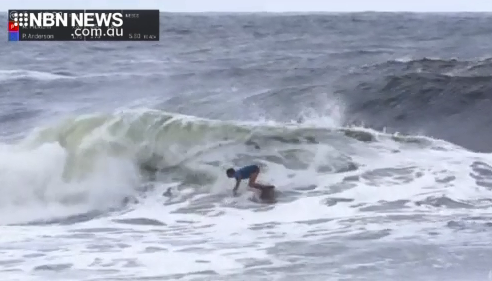 The Merewether surfer was left chasing Molly Picklam from the start of their semi.

“Philsy up and riding on her backhand, she drops nice and low to the bottom, puts it up there for her first turn.”

It was a similar story for Jackson Baker.

“we can see Jacko Baker on the fight back, there’s a nice little turn again sets the pace he’s got to finish it here – there’s the tag and there’s the stomp.”

The Hunter boardrider bowed out in the quarter finals.

SOLI BAILEY AND KYUSS KING THROUGH TO DAY 4 OF CENTRAL...