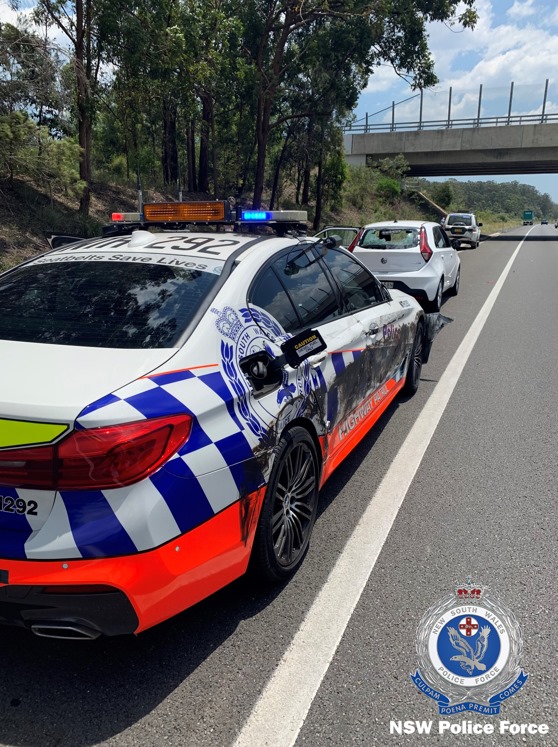 A highway patrol officer has received minor injuries after a B-double truck hit a stationary patrol car on the Mid North Coast.

Just before midday yesterday, a marked highway patrol vehicle stopped a vehicle on the Pacific Highway at Kundabung, where a senior constable spoke with a 37-year-old woman about a minor traffic matter.

The officer finished the matter, and was waiting to re-enter the highway with warning lights on, when a truck travelling northbound lost control, hit the highway patrol vehicle, and the woman’s car in front.

The senior constable was injured, but didn’t require hospital treatment.

The 44-year-old truck driver underwent a roadside breath test, but he returned a negative result.

An investigation into the crash has been launched, police are asking anyone with dashcam footage to come forward.