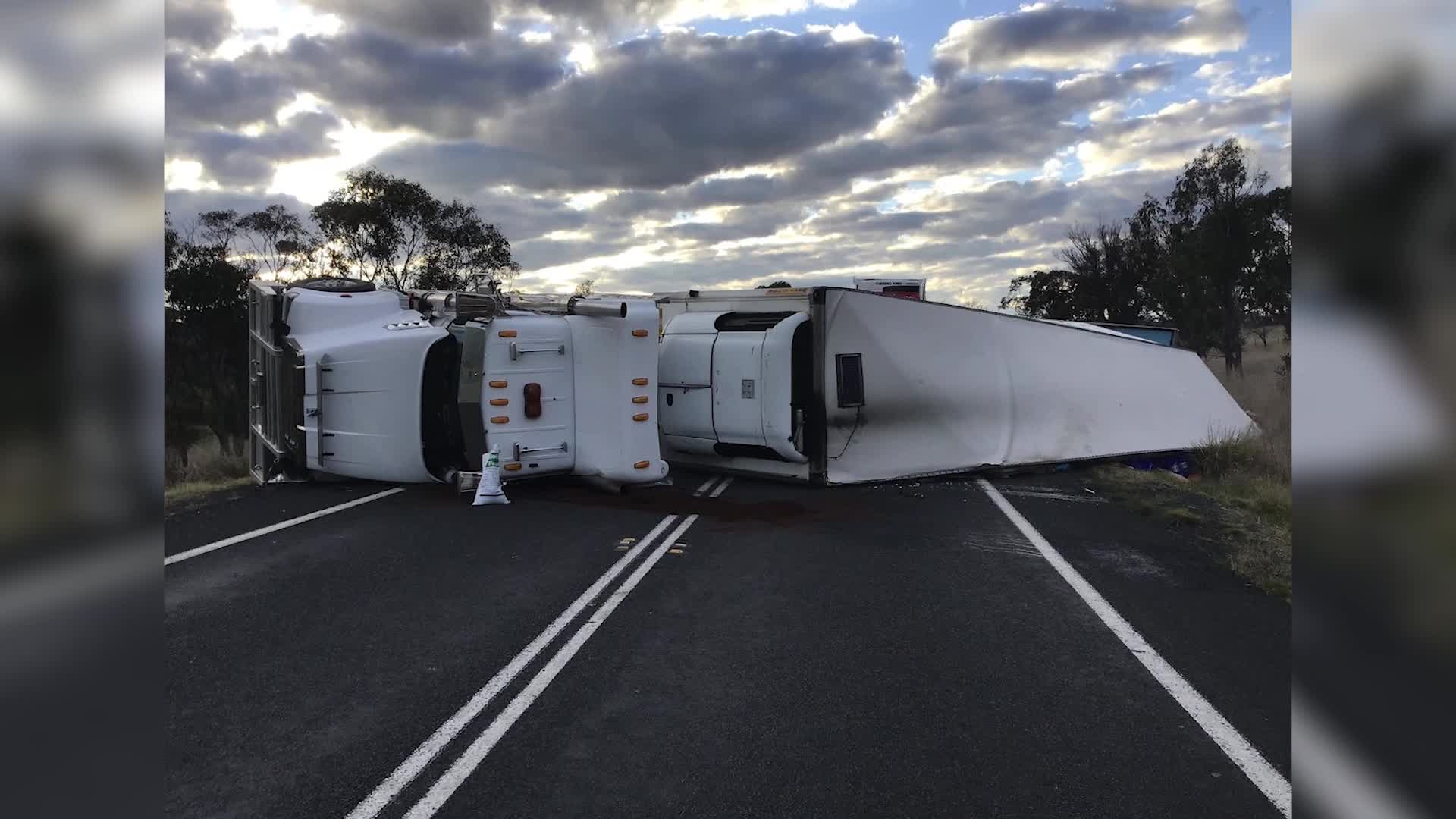 A truck driver has escaped serious injury after losing control of his B-Double and rolling it on the New England Highway, north of Armidale.

Emergency services rushed to the scene at Tilbuster just after 2am.

One ambulance crew was tasked to the crash, but it is understood no one was taken to hospital.

The road was closed for several hours, with traffic diverted through Waterfall Way.

MITIGATION BURN GETS TEMPORARILY OUT OF HAND IN EAST TAMWORTH