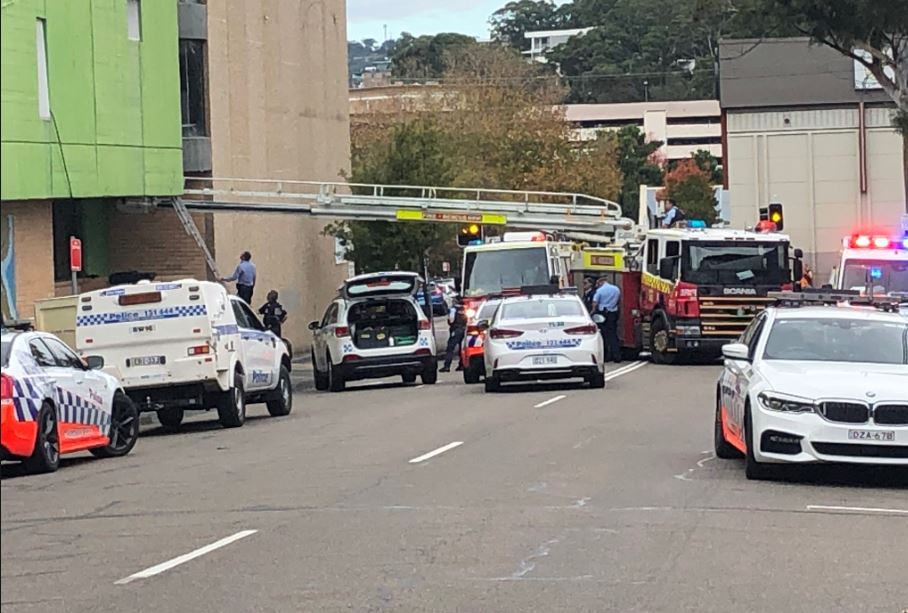 Two men have been arrested after a police pursuit with a motorbike on the Central Coast today.

Just after 10.30 this morning, a motorcycle, allegedly stolen from an Erina shopping centre, was seen travelling on Hely Street at Wyong.

The rider and pillion passenger were both not wearing helmets.

Police tried to stop the motorbike on Enterprise Drive.

When it allegedly failed to stop, a pursuit began, but was ended a short time later due to safety concerns.

Monitored by PolAir, the rider and passenger continued travelling through the Central Coast area, before crashing into another vehicle at the intersection of Erina Street and Henry Parry Drive at Gosford.

The rider and passenger were both thrown from the motorbike, and ran away.

A 30-year-old man was arrested, as the second man, a 23-year-old, ran to the rooftop car park of a nearby abandoned shopping centre.

He tried to evade police by jumping a barrier, but became stuck on a window ledge.

Emergency services helped rescue him, and he was arrested.

Both men have been taken to Gosford Hospital under police guard, as inquiries continue.

Reporter Skaie Hull will have the full report, tonight at six.

UPDATE – The man has safely come down from the Gosford carpark- he’s being assessed by paramedics.

WATER BILLS ON THE UP FOR GOSFORD AND WYONG