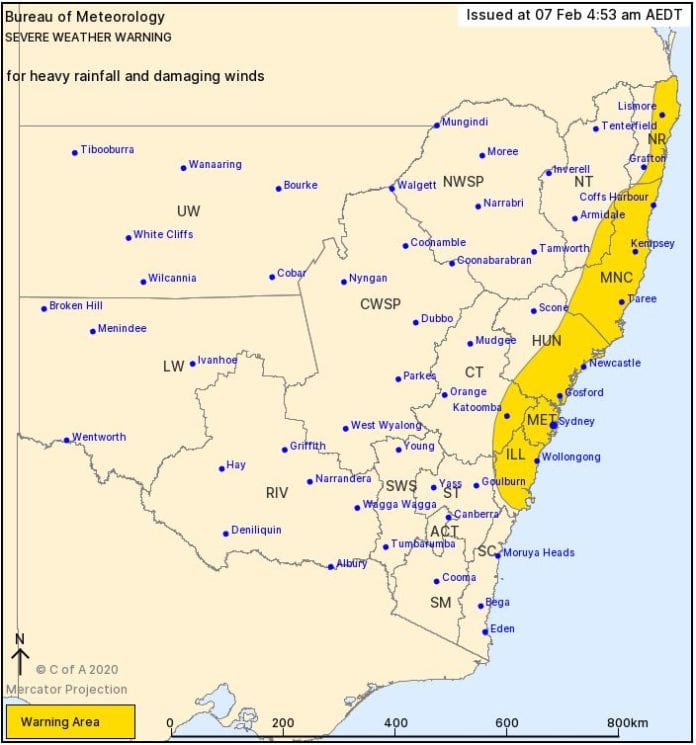 The Bureau of Meteorology has several weather warnings in place across the state, including for damaging winds.

Gusts of more than 90 km/h are possible for coastal areas between Gosford and Coffs Harbour.

A Hazardous Surf Warning is also in place, with dangerous conditions expected for swimmers, fishers and boaters in the Hunter and on the Mid North Coast.

For more information, visit the Bureau of Meteorology website.

RENEWED CALLS FOR SAFETY UPGRADES AT A NOTORIOUS INTERSECTION

OZFISH VOLUNTEERS CLEAN UP AT URUNGA