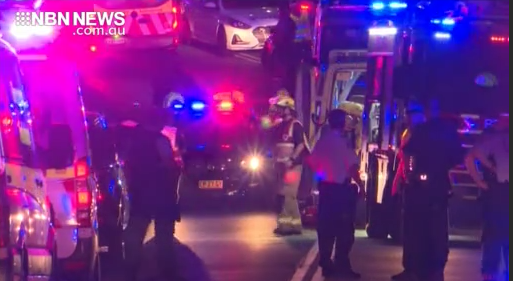 An alleged drunk driver has been charged with four counts of manslaughter and more than a dozen other driving offences, after four children were killed while riding their bikes on a Sydney footpath last night.

Seven children were allegedly struck by the 4WD on Bettington Road, Oatlands just before 8pm yesterday.

The group were riding their bikes to get ice cream when they were hit.

Three of the deceased children are siblings: Anthony, 13; Angelina, 12; and Sienna, nine.

A fourth child, a female relative aged 11, also died at the scene.

They remain in stable conditions in hospital.

A 29-year-old man, local to the area, was allegedly behind the wheel of the dual cab 4WD Mitsubishi ute with a 24-year-old passenger in the car.

The driver was given a roadside breath test and allegedly returned a positive result.

He was arrested at the scene and taken to Castle Hill Police Station for a breath analysis, which allegedly returned a reading of 0.150.

The man has since been charged with 20 offences:

He has been refused bail to appear at Parramatta Bail Court today.