Police have tracked down the mother of a baby who was found partially buried on a rural property on the New South Wales Mid North Coast.

A worker discovered the body, believed to be a newborn, about 12.30pm yesterday on the grounds of a residence at Sandy Beach, just north of Coffs Harbour, where about a dozen fruit pickers and backpackers live.

Officers spent the afternoon scouring the property and interviewing residents and located a 28-year-old woman, believed to be the baby’s mother.

Police say it’s too early to tell whether the baby was stillborn, or how it died or when, and a post mortem will be conducted to establish the age, gender and cause of death. 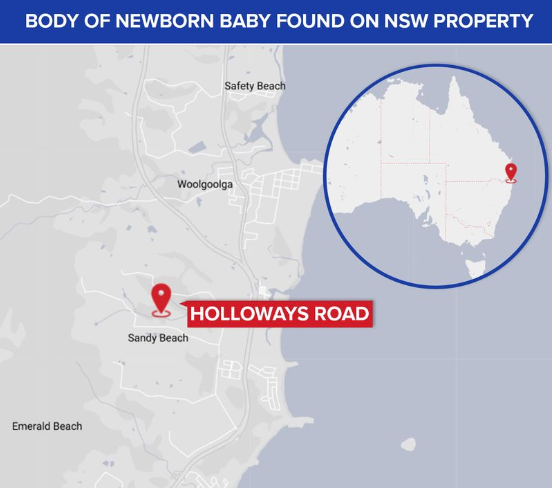