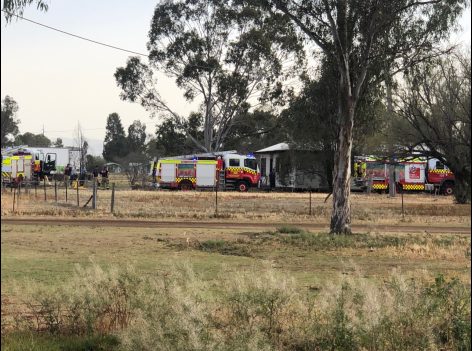 Two people have died and two more have been injured during a ferocious housefire in Tamworth early Thursday morning.

Around 5:30 am emergency services were called to Bylong Road in Hillvue following reports of a fire.

A burnt out home at Hillvue, where a fire claimed the lives of two people early this morning. A man has handed himself into Police, admitting to intentionally lighting the blaze.

After the blaze was extinguished, firefighters tragically uncovered the bodies of two people inside.

Police said a woman has also suffered burns to her body and a child has suffered smoke inhalation.

Both have been taken to Tamworth Hospital.

Officers have confirmed a man is assisting with their inquiries.

A crime scene has been established and road closure are in place.