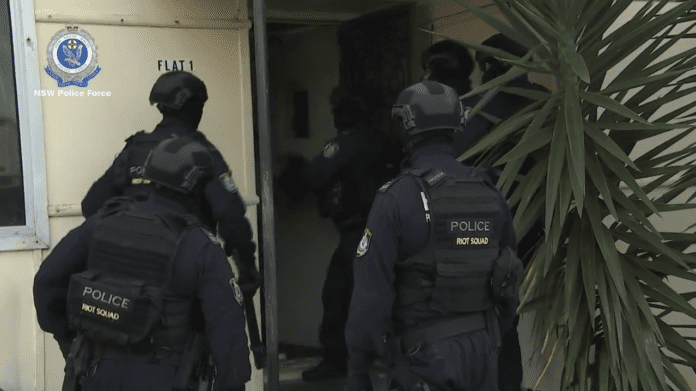 Police on the Central Coast say they’ve dealt a major blow to drug-supply in the region, with nine people charged with more than 320 offences after simultaneous raids across five suburbs.

Nine people, aged between 37 and 56 were charged with a combined 329 offences.

Of note, a 37-year-old woman who was arrested at a home on Shannon Parade at Berkeley Vale.

She was charged with 136 offences and is due back in court later today.

The operation forms part of an ongoing investigation by Strike Force Lamprey, which was set up in March this year to investigate the ongoing supply of methylamphetamine, cocaine and cannabis.

“The drug ‘ice’ is an insidious drug that ruins people’s lives and destroys families. We aim to disrupt these criminals at all levels and we will be relentless in our pursuit of drug dealers. More arrests will follow,” said Superintendent John Gralton.