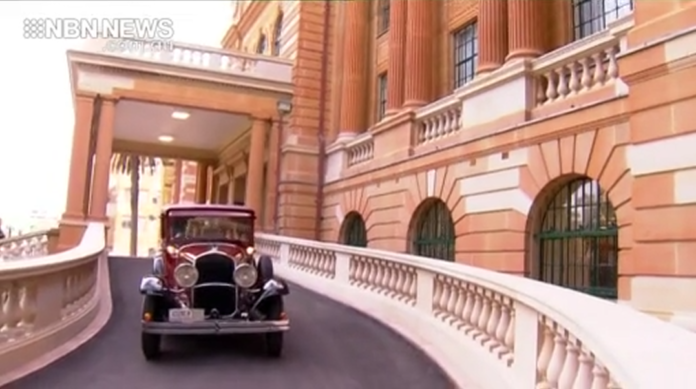 As the restoration of Newcastle City Hall passes the halfway point, Lord Mayor Nuatali Nelmes has taken time to reflect on the building’s history.

It opened 90 years ago, the same year this 1929 Chrysler Series 75 rolled off the production line.

The vehicle still runs well and likewise City Hall is getting back the old magic… with work on the southern facade, eastern exterior and clock tower now complete.

Attention is turning to the western and northern aspects of the building, set to be completed in April next year.