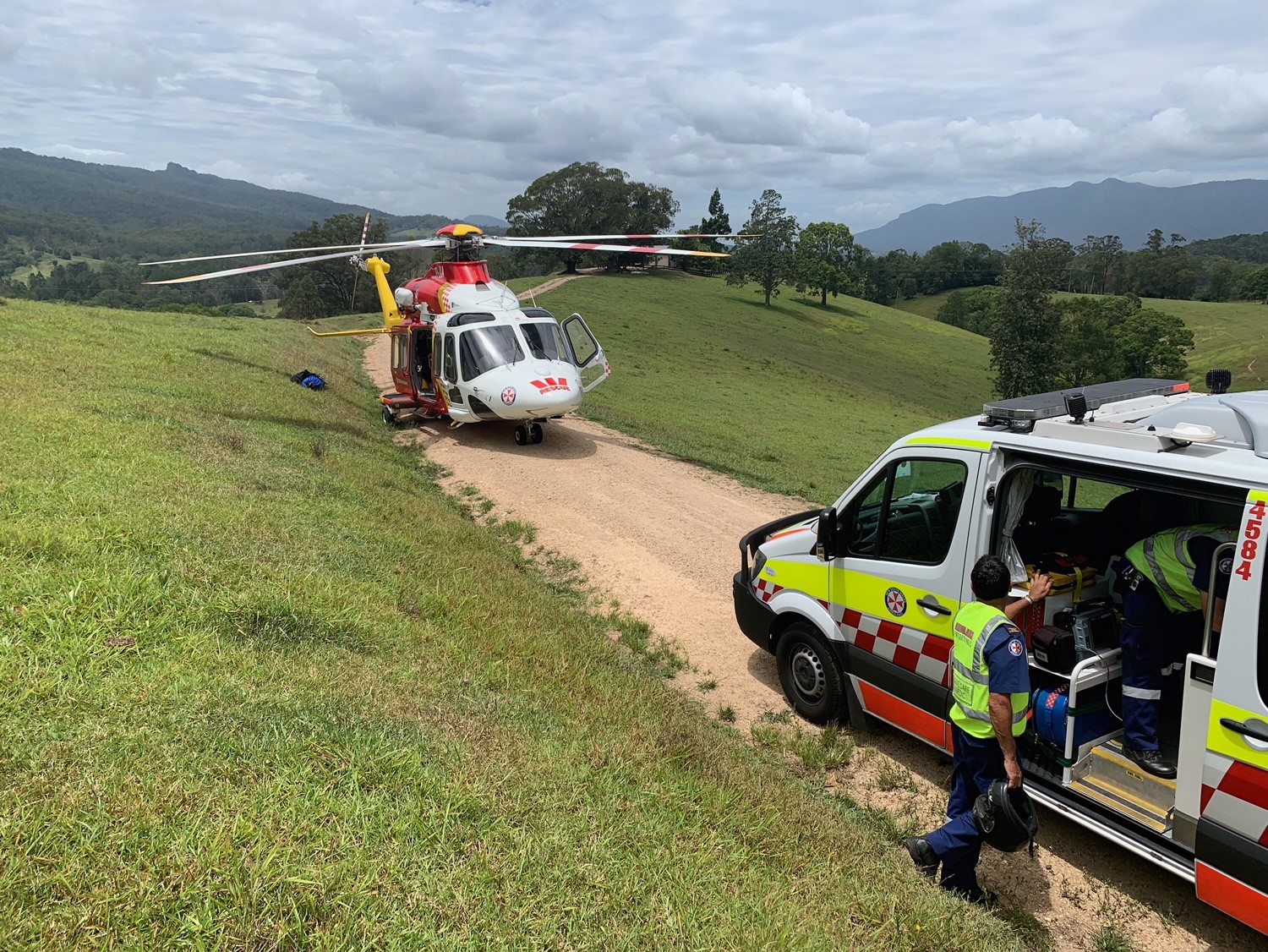 A motorcyclist has been flown to hospital, after the bike he was riding left the road and crashed west of Murwillumbah in the state’s north.

Emergency services including the Westpac Life Saver Rescue Helicopter were called to the scene at Tyalgum, just after 11 o’clock on Sunday morning.

It’s understood the 62-year-old was attempting to avoid another bike when the accident happened.

He suffered head & neck injuries, and was flown to Gold Coast University Hospital in a stable condition. 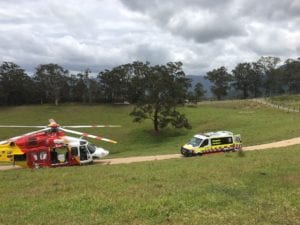 ELDERLY WOMAN INJURED AFTER SERIOUS CRASH ON THE BRUXNER HWY