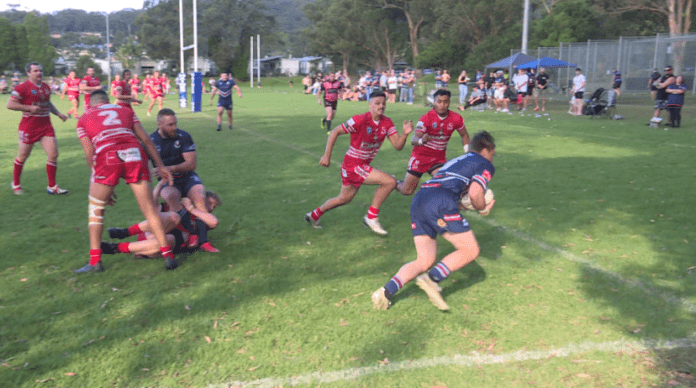 Erina were far too strong for Kincumber in Central Coast Rugby League at the weekend.

With teenage back rower Dan Peters scoring the opener…

Lance Browning set up one of the tries of the match, with his flick pass to Josh Martin.

And, it might only be Round Two, but Lincoln Tubridy could be the buy of the season.

The former Berkeley Vale and Wyong Fullback, named Players Player in the 32 to six win.

The Eagles now face Terrigal in a top of the table local derby this Sunday.

KING RETURNS TO THE MOUNTAIN