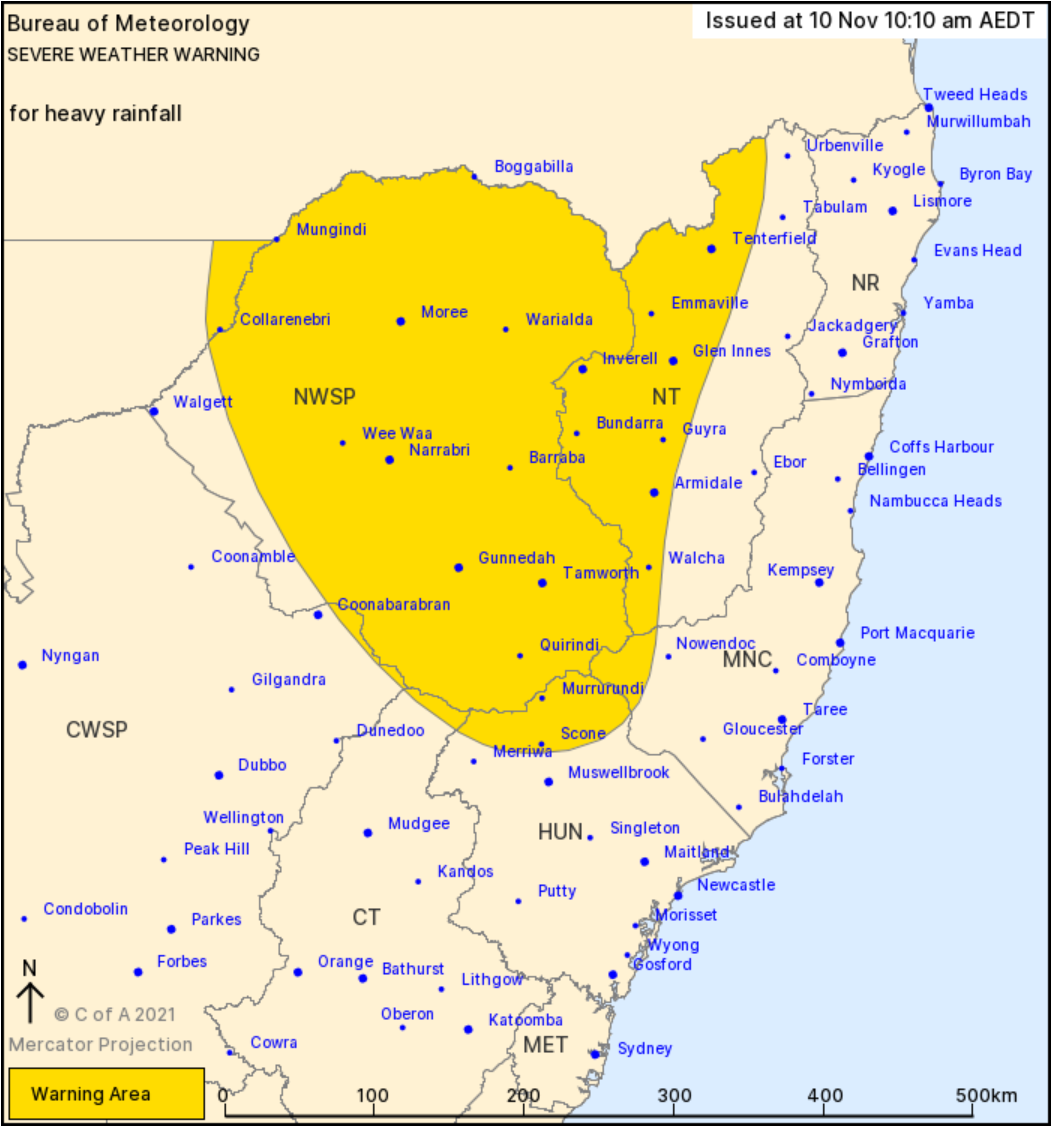 The Bureau of Meteorology has issued a Severe Weather Warning for Northern parts of the state – including the North-West.

Severe thunderstorms may develop, likely to produce intense rainfall which could lead to dangerous and life-threatening flash flooding in Armidale, Tenterfield, Tamworth, Gunnedah, Moree and Narrabri.

A weather system moving from inland Queensland will move south into northern New South Wales from early this afternoon.

Rainfall exceeding 100mm is possible – as well as damaging and destructive winds.

Widespread flooding is likely, including possible major flooding for the Northern Slopes.

The SES is urging people not to drive, ride or walk through flood water.

Residents in affected areas are also being told to keep clear of creeks, waterways and storm drains.

Anyone trapped by flood waters should find the highest available place and ring Triple Zero in an emergency situation.