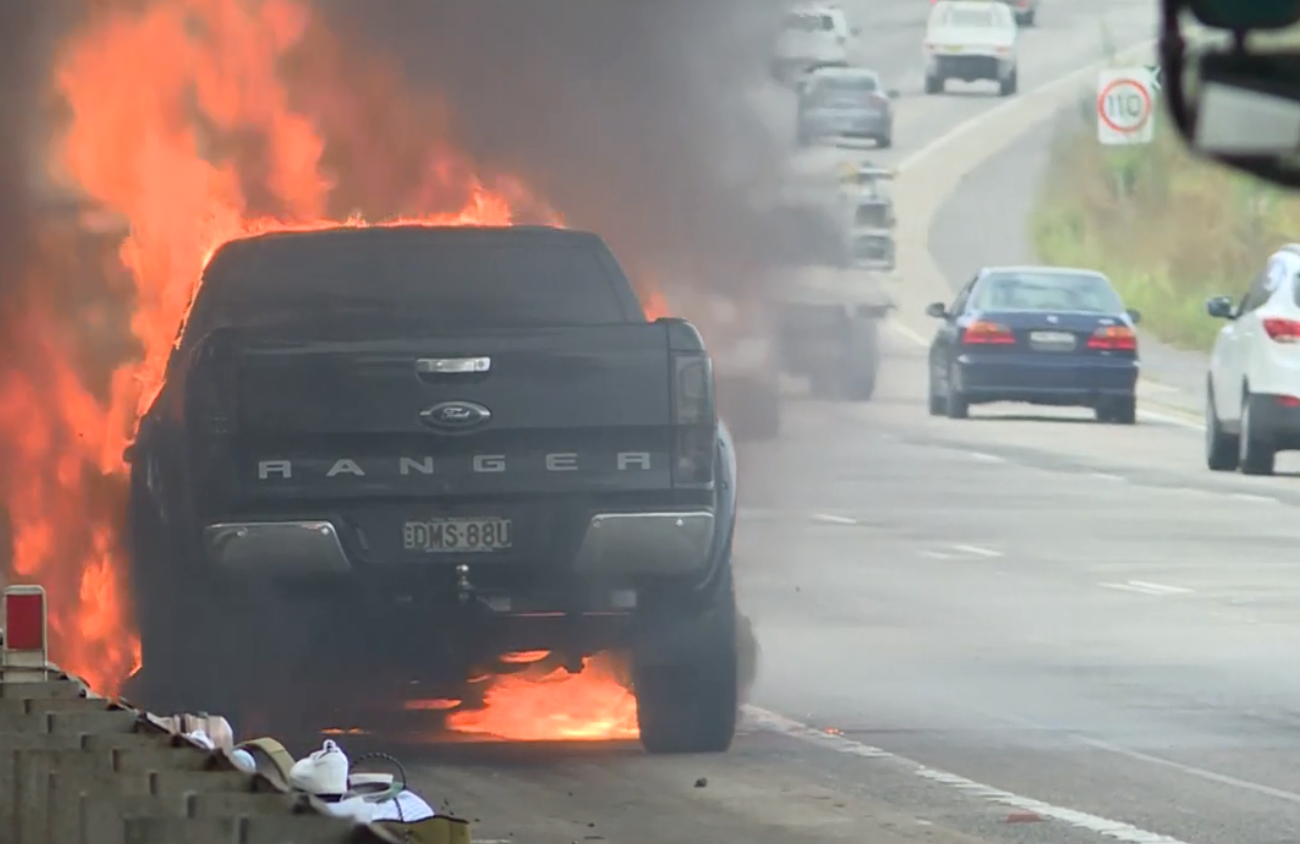 There was a lucky escape for a driver heading north on the M1 yesterday afternoon, as their ute caught alight near Somersby.

Emergency services were called to the incident at around 5:30, quickly closing two traffic lanes and extinguishing the blaze.

Kariong Rural Fire Brigade’s Deputy Captain, Ian Wells says, “The occupants and drivers were able to slow the vehicle down and pull over its caused about a 45 metre oil spill.”

No one was injured.