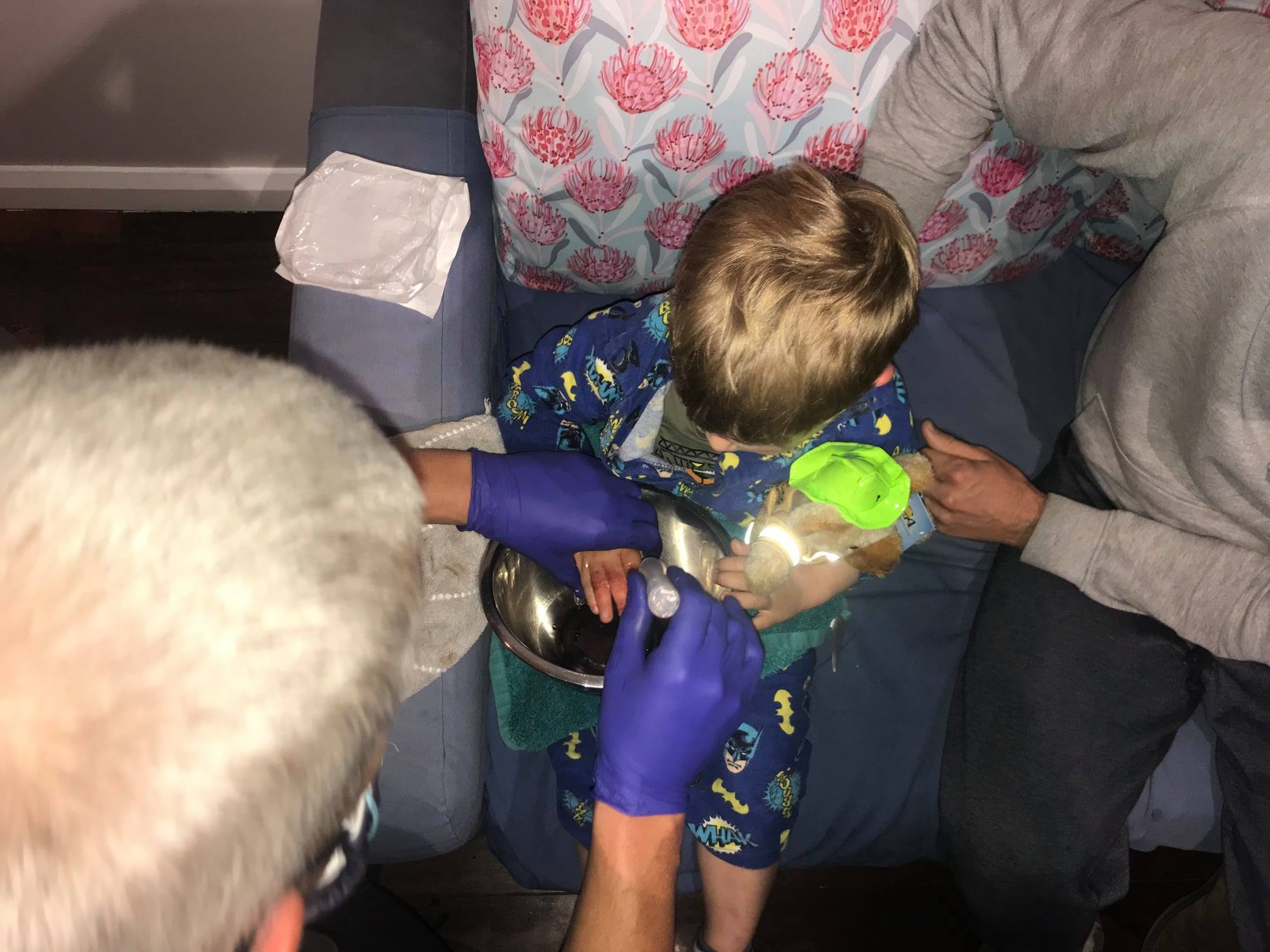 The crews arrived around 7.30 to find young Ruben with four of his fingers well and truly stuck in the drain plug holes of the laundry basin.

Firefighters worked to remove a section of the basin, and made the youngster comfortable on a lounge chair.

They were then able to work one finger free, before carefully cutting the rest away.

The four-year-old had some minor cuts to his fingers, which were checked over by the firies before an ambulance arrived to give him the all clear.

Ruben says he now has something exciting to tell his friends when he sees them – while the firefighters say they’re very impressed by the young man’s bravery. 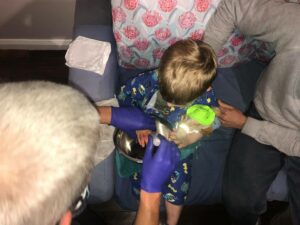