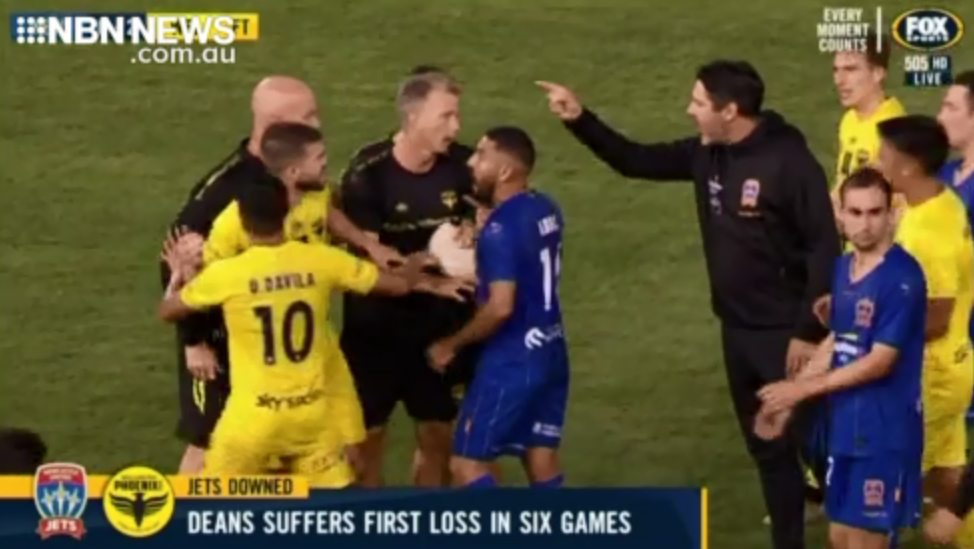 Wellington Phoenix are off the bottom of the A-League ladder, defeating Newcastle 2-nil overnight.

The frustration of the Jets 2-nil loss was on show after the final whistle.

Newcastle mentor Craig Deans was involved in a fiery stoush with the Phoenix’s goal keeping coach.

UGARKOVIC SAVES THE JETS FROM ANOTHER LOSS