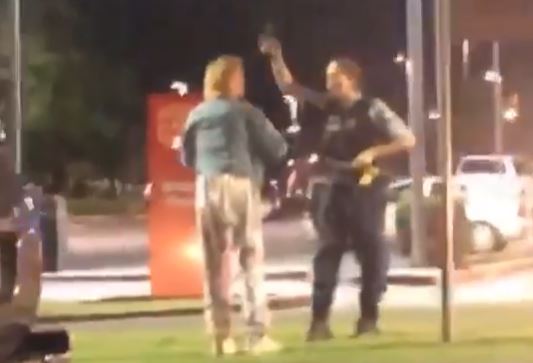 A teenage girl has been issued with a Police Infringement Notice after police were called to a Halloween party at Lake Macquarie last night.

Officers were called to a home on Lake Road, Glendale, just before 7pm, after reports of a large party.

When they arrived, they found more than 100 people in the backyard.

After seeing police, some partygoers knocked down a fence and ran into adjoining streets of a nearby shopping centre, where multiple fights broke out.

The man was taken to Belmont Police Station where he was issued with two Criminal Infringement Notices for offensive language and offensive behaviour.

Police returned to the Lake Street address where a 17-year-old girl was handed a $1,000 PIN for breaching the COVID-19 Public Health Order.

During the arrests, three police officers were injured, with one needing medical treatment.

Several police vehicles were also damaged after being kicked and having objects thrown at them.