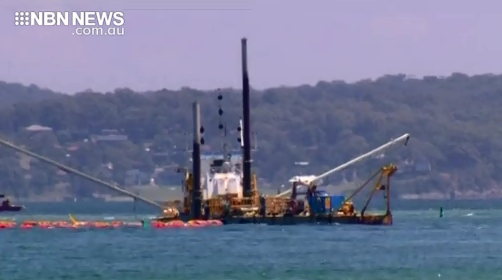 Transport for New South Wales has announced it will now continue dredging the Swansea Channel through to December.

Using another $300,000 in NSW Government funding, another 25,000 cubic metres of sand will be removed from the channel.

NSW Maritime Executive Director Andrew Mogg says boaters will benefit from sand being removed from the area of the channel known as the ‘dog-leg’.

“About half of the sand removed will be stockpiled at the old Belmont Sands site in Swan Bay for future use, such as the replenishment of beaches which experience erosion, while the rest will be placed on Elizabeth Island.”

But Member for Swansea Yasmin Catley says the funding announcement is an admission the work was under-funded to begin with.

“Year after year the government wastes money on Band-Aid solutions that don’t fix the problem.”

“COVID-19 has led to a surge in travel to regional areas, but our community will miss out on the economic benefits as long as holidaymakers know the channel is not navigable.”