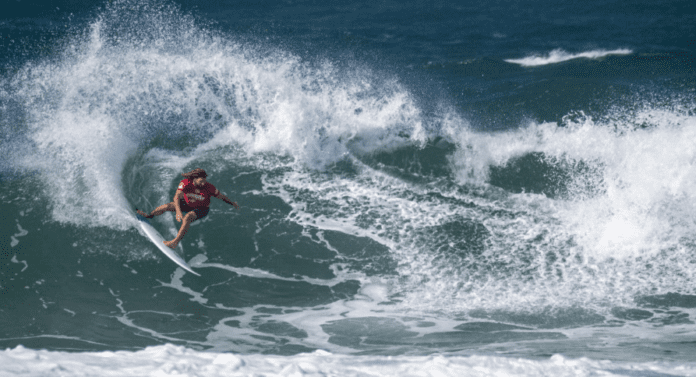 Ace is up against two-time world champion and Hawaiian local John John Florence as well as Brazilian Jesse Mendez.

Carmichael is still in contention to claim the prestigious Vans Triple Crown after solid results on the North Shore.

The contest, in memory of Andy Irons, is on standby – with a four-metre swell expected on Wednesday.

OAR OUT FOR MARINERS’ TRIP WEST

MONEY ON THE TABLE FOR BEARS’ NRL BID