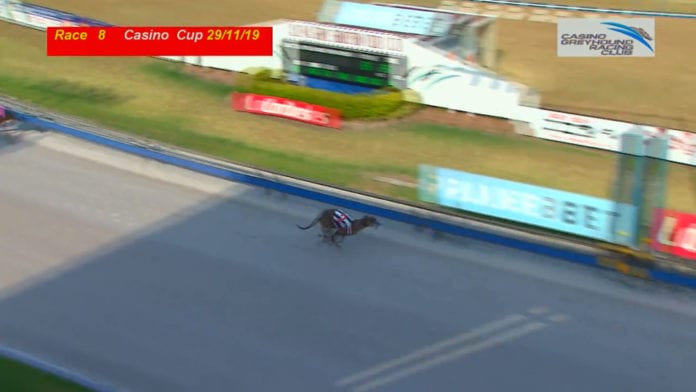 Fernando Blaster has become the first dog ever to run under 27 seconds at the Casino Greyhounds.

The short-priced favourite broke the track record with a 27.08 in his heat… only to break it again in the Cup final, last night.

“Fernando Blaster he’s out by 5 or 6 on Short Pork who does the chasing, next is Painted Picture, followed by Small Jewel but Fernando Blaster takes out the Casino Cup.”

It’s the second win for Fernando and his trainer Terry Jordan – the pair claimed the $40,000 Lismore Cup last month.