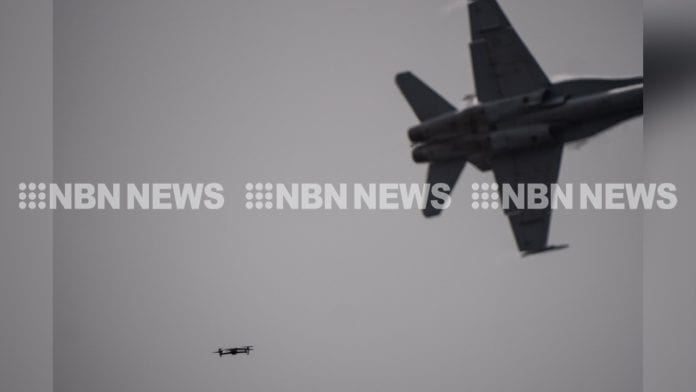 The Civil Aviation Safety Authority has confirmed it’s investigating a drone that was spotted flying over the Newcastle 500 racetrack on Saturday.

CASA has been able to pinpoint the location of the person flying the drone, and its flight path.

The drone was snapped in a photo flying in close proximity to the RAAF FA-18 Hornet aircraft display.

You can read CASA and The Department of Defence’s full statements below.

CASA detected the drone flying during a RAAF aircraft display flight and operating above the trackside area.

Using mobile drone surveillance equipment CASA was able to pin point the location of the person flyingthe drone as well as the precise flight path of the drone.

CASA uses mobile drone surveillance equipment at public events and gatherings to ensure drones do not pose a risk to the community.

Enquiries are continuing in relation to the drone flight at Newcastle on Saturday 23 November to gather more evidence to determine if there were serious breaches of the Civil Aviation Safety Regulations.

Penalties for breaches of the drone safety rules include fines of up to $10,500 and imprisonment of up to five years.

The drone was detected in close proximity to the RAAF FA-18 Hornet aircraft display flight and flying over people at the race.

Drones present a new range of safety and security challenges for aviation and law enforcement agencies.

Defence worked closely with Supercars management, the Civil Aviation Safety Authority (CASA) and local authorities to ensure a co-ordinated response to the management of potential drone activity at the Newcastle 500.

The drone was detected by CASA with their drone surveillance capability and Defence was notified.

The safety of the general public and aircrew is the highest priority for Defence.

The Civil Aviation Safety Authority is investigating a drone that was seen flying over the Newcastle 500 racetrack at the same time a RAAF Hornet was thrilling crowds in a low flying display over the race precinct.

The small drone was seen hovering at a height of around 100 metres before it dropped suddenly to the ground near the old railway workshops during the RAAF display on Saturday afternoon. 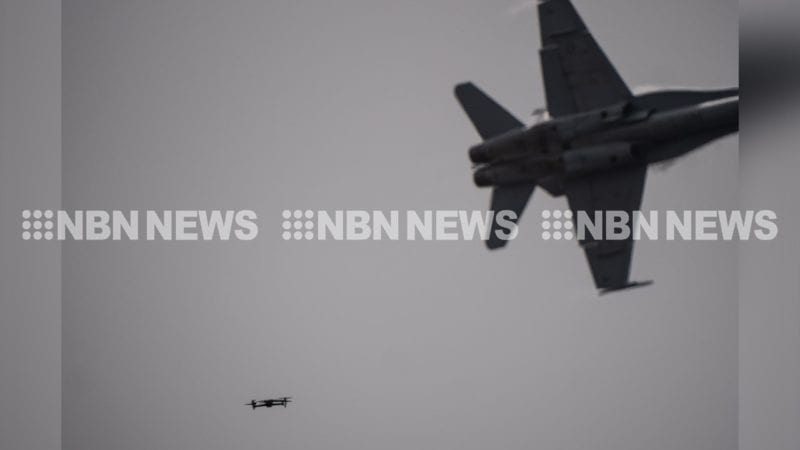 A strict no fly zone was enforced for the RAAF displays on the Saturday and Sunday of Supercars.

The Civil Aviation Safety Authority says “it is aware of the incident and is gathering information about it to determine if there has been a breach.”

It’s understood Supercars organisers and CASA had taken measures to anticipate the risk and were on the lookout for drones.

POLICE SHUT DOWN PARTY IN BREACH OF HEALTH ORDER