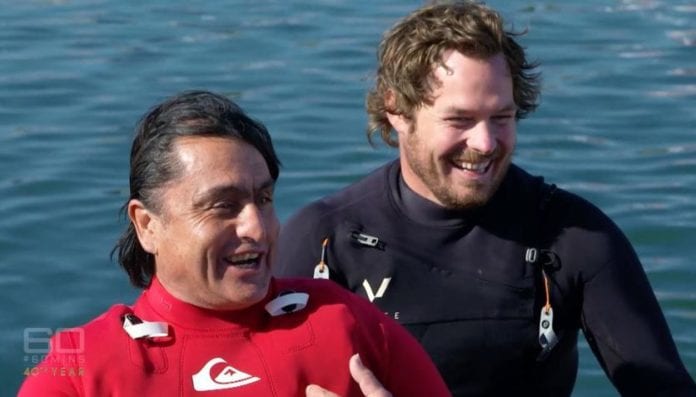 He’s taken on some of the world’s most frightening waves and now Central Coast big wave legend Ross Clarke-Jones is pulling on the green and gold.

The 53-year-old has been paired up with Western Australian Mick Corbett to compete as ‘Team Australia’ at the inaugural Nazare tow-in competition.

The famous break is the same place the Terrigal product nearly lost his life at last year.

The competition will take place during the “Big Mama” wave peak – with monster waves of 30 plus metres likely.

The event window runs through until the end of March.

RAZORBACKS THRIVE IN THE MUD

STATE HOCKEY HUGE FOR THE COAST