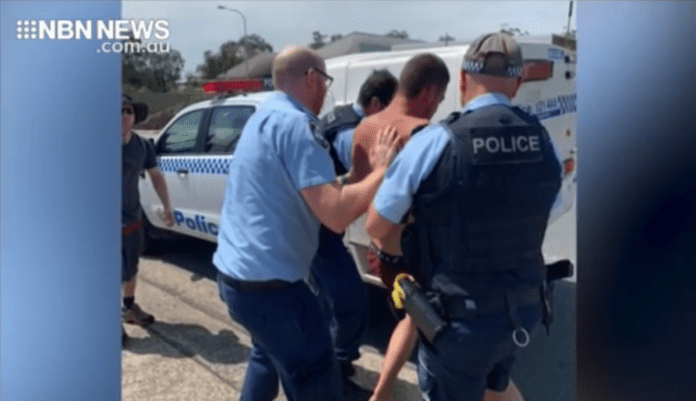 The man accused of stabbing two police officers at Toronto on the weekend, will remain in custody until at least December.

Oliver Copeland appeared via video link in Toronto Local Court today where he was refused bail.

The 25-year-old is facing a string of charges after allegedly stabbing two-officers following a road rage incident on Sunday.