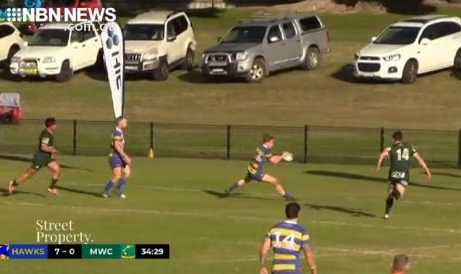 Another tough afternoon for Southern Beaches in Newcastle and Hunter Rugby, defeated by University.

Nelson Bay couldn’t hold out Wanderers and in the match of the round, Hamilton had a scare against the Greens at Passmore Oval.

It took Hamilton half an hour to break a first half arm wrestle.

Trailing 14-nil, two early second half tries locked the scores up at 14 all before the Hawks clawed back on top – 31-14 winners.

CHAMPIONSHIP TOUR COMES TO AN END FOR NORTH COAST SURFERS

JETS LEAVE AHEAD OF A-LEAGUE OPENER

ROCKY JERKIC TAKES ANOTHER STEP TOWARDS A WORLD TITLE