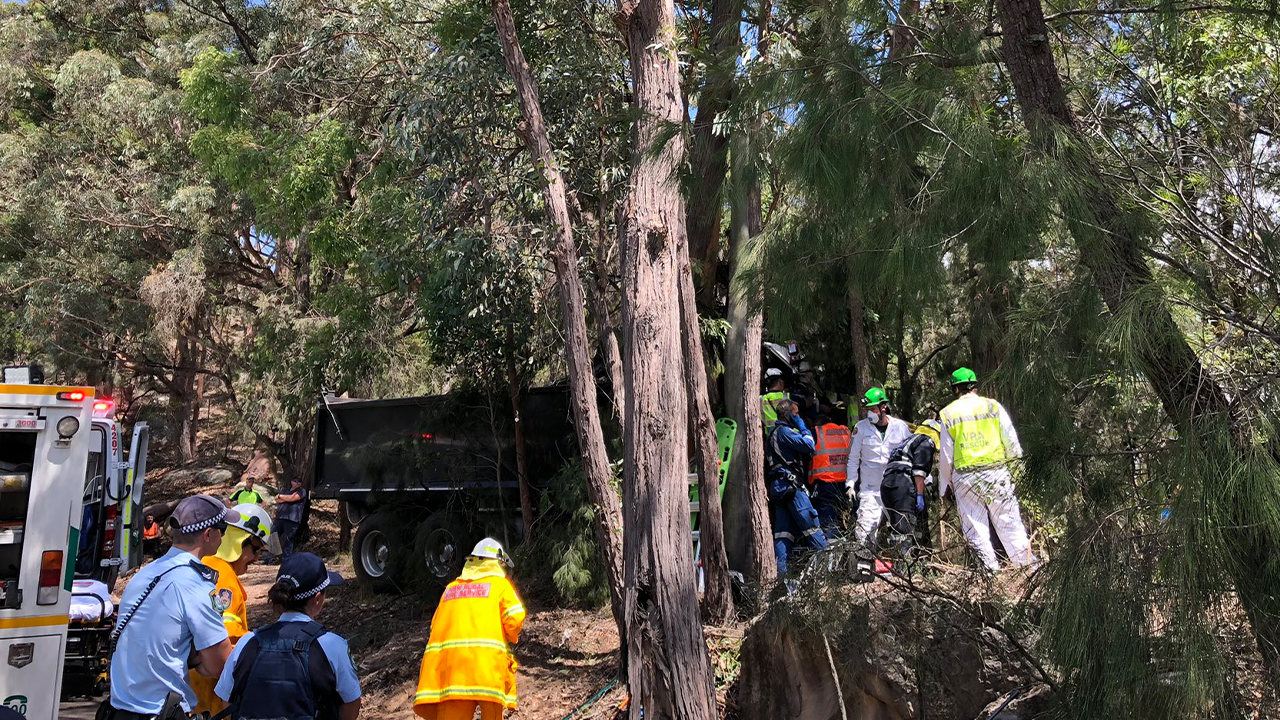 A 22-year-old man is lucky to be alive after his truck crashed into trees on the Central Coast.

The tipper came to rest just metres from a cliff edge, after it left Bumble Hill Road at Yarramalong this morning.

Emergency services worked for around two hours to free the driver, who suffered leg injuries in the crash.

He was flown to Newcastle’s John Hunter Hospital in a critical but stable condition.

The circumstances which led to the crash are not yet clear.

A 22yo man is lucky to be alive after his truck slammed into trees – preventing him from going over a 40m cliff on the Central Coast. He is being airlifted to John Hunter Hospital – critical but stable – w complex leg injuries. All the deets @nbnnews tonight @ 6 pic.twitter.com/5XIqkwwTw4