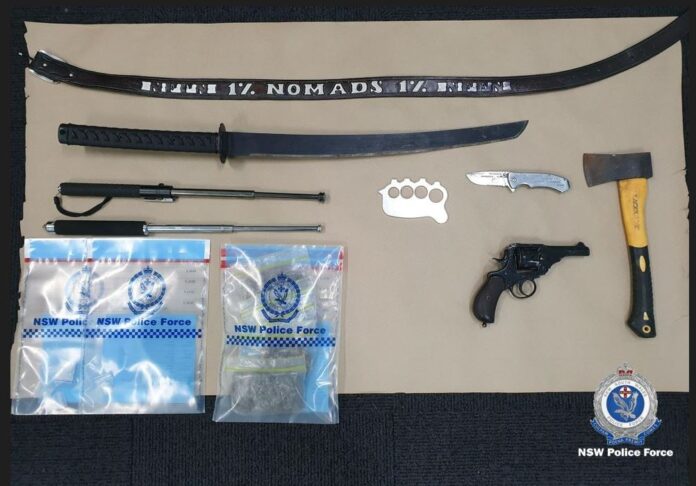 A man and woman have been charged with drug and firearm offences following a vehicle stop at 12:40am today on Argyle Street, Mullumbimby.

Officers from Tweed/Byron Police District stopped a Holden Commodore for the purpose of a random breath test.

The driver, a 42-year-old man who is a member of the Nomads Outlaw Motorcycle Gang, provided a negative breath test at the scene.

Police soon noticed that two children in the vehicle were unrestrained during the vehicle stop.

A search of the driver and vehicle were conducted, where police located a flick knife, cannabis, methylamphetamine, cash, two extendable batons, knuckle dusters, a loaded .45 calibre revolver, a quantity of cash and multiple rounds of ammunition.

The driver and his passenger – a 38-year-old woman – were arrested and taken to Byron Bay Police Station.

Both have been refused bail to appeal at Ballina Local Court today.

The children were released into the care of relatives.