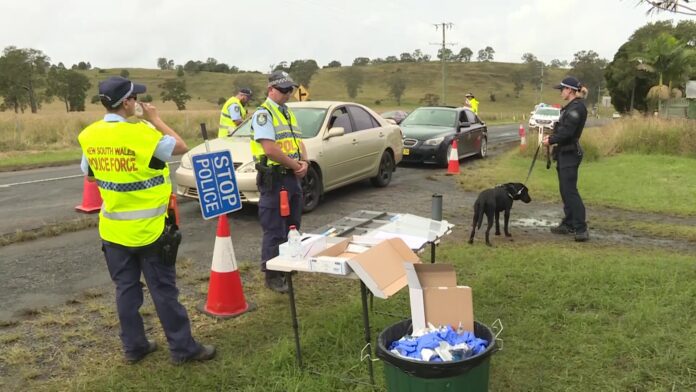 A couple has been charged with a series of drug and firearm offences, during a vehicle stop in Mullumbimby.

The 42-year-old driver, who is a member of the Nomads Outlaw Motorcycle Gang, returned a negative breath test…

But when officers searched his vehicle, found weapons, including a loaded revolver, ammunition, drugs and cash.

A 38-year-old female passenger was also charged with possessing an unregistered firearm, a loaded firearm and drug offences.

Two children were also found unrestrained in the Holden Commodore.

KIDS ‘BREAK’ FROM TV TO ‘ENTER’ WORLD OF SKATEBOARDING

RUGGED RIDE AHEAD FOR HELL ON WHEELS