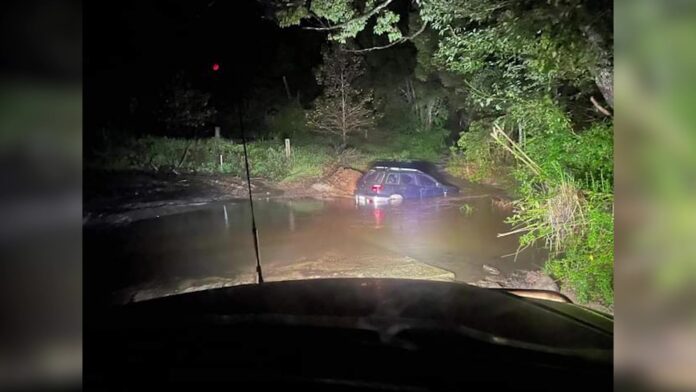 The already drenched Northern Rivers has copped yet another soaking, with flash flooding hitting the region last night.

One house in Mallanganee, west of Casino, recorded 12 millimetres of rain in just three hours.

A storm water build up and a whopping 17 millimetres also caused flash floods in Byron.

The Little Whian causeway at Federal went under very quickly.

SES has confirmed no further flooding is expected along the Tweed River at Tumbulgum and Chinderah.

NINE SHARKS AND A DOLPHIN, DEAD IN NETS