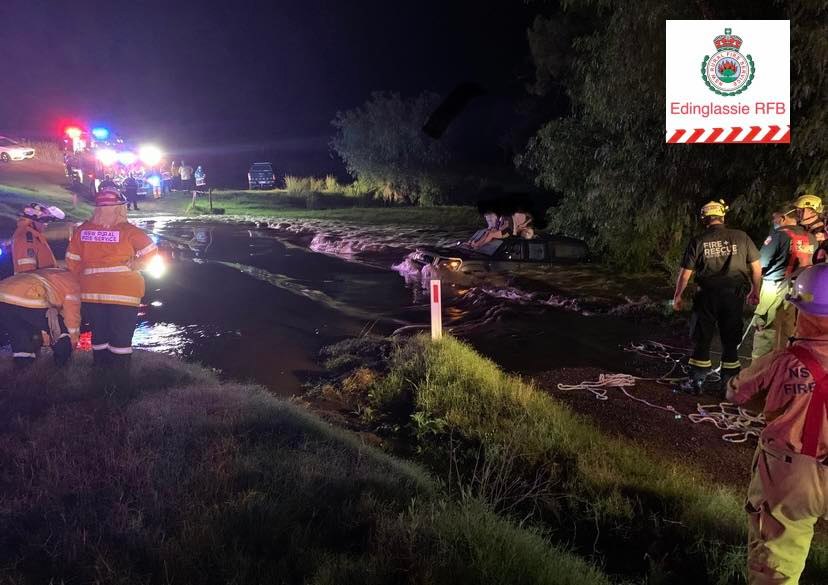 Four people have been rescued after a ute was swept into a flooded creek around 20 kilometres north of Muswellbrook last night.

Emergency services were called to Wells Gully Road at McCulleys Gap about 10pm on January 11, after a utility was swept off the spillway into Sandy Creek.

A 49-year-old man, a 16-year-old boy, and two girls aged 14, were forced to climb onto the roof of the utility when it started sinking in floodwaters.

Thankfully, there were no injuries; and the ute will be recovered when safe.