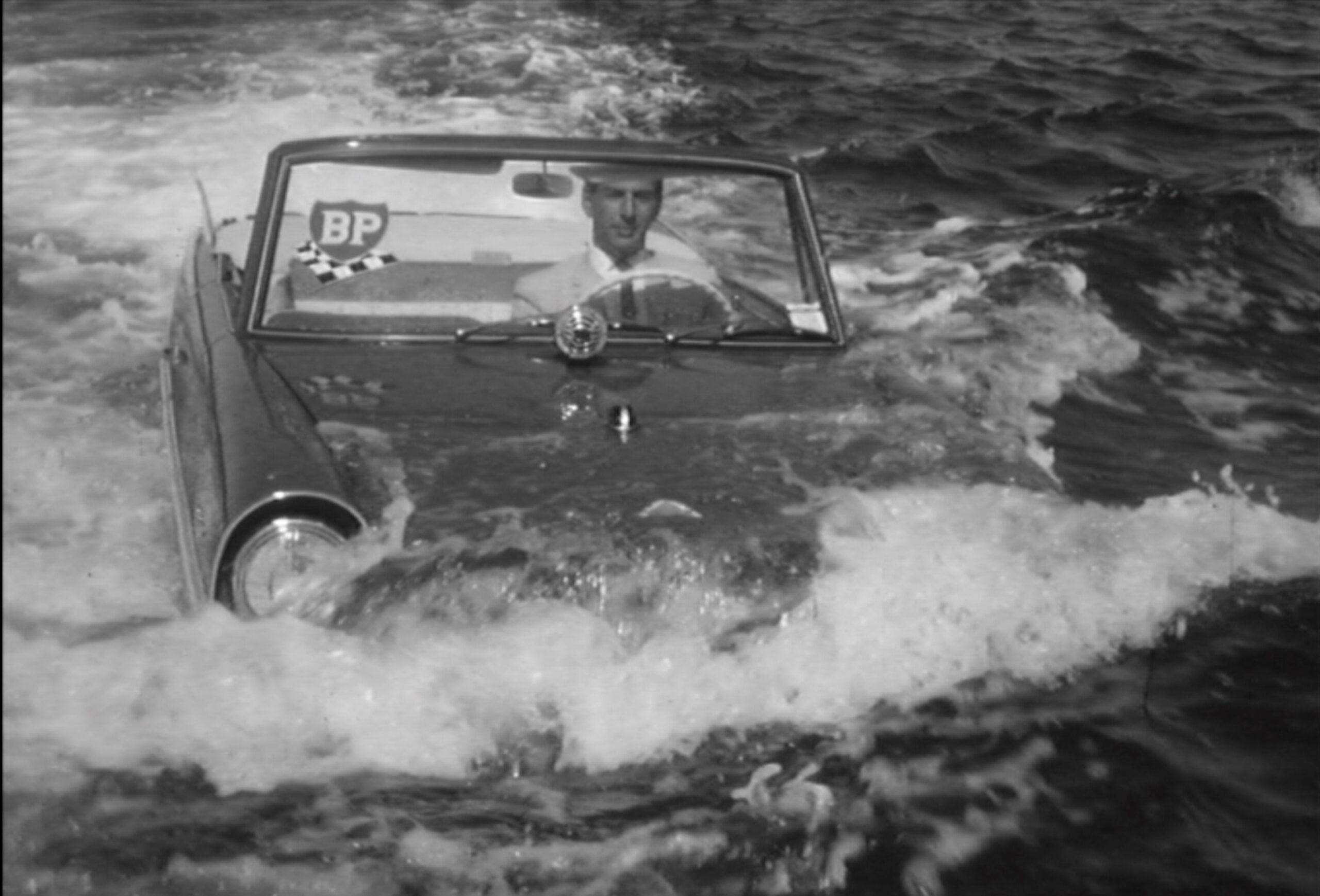 When is a car not a car?
When it is a boat…literally?.

More than 4000 were built in Germany and featured twin propellers, plus an onboard bilge pump.

The Amphicar has been called the ‘clever invention’ that no-one really asked for and manufacturing ended after a few years..

Even though two Amphicars crossed the English Channel in 1965, this clever idea never really washed with the public..

A curious journey shown on NBN News, from the same decade that would later deliver the Moon landing.

Now a collector’s item, this classic Amphibious vehicle returned to our region in 2018.