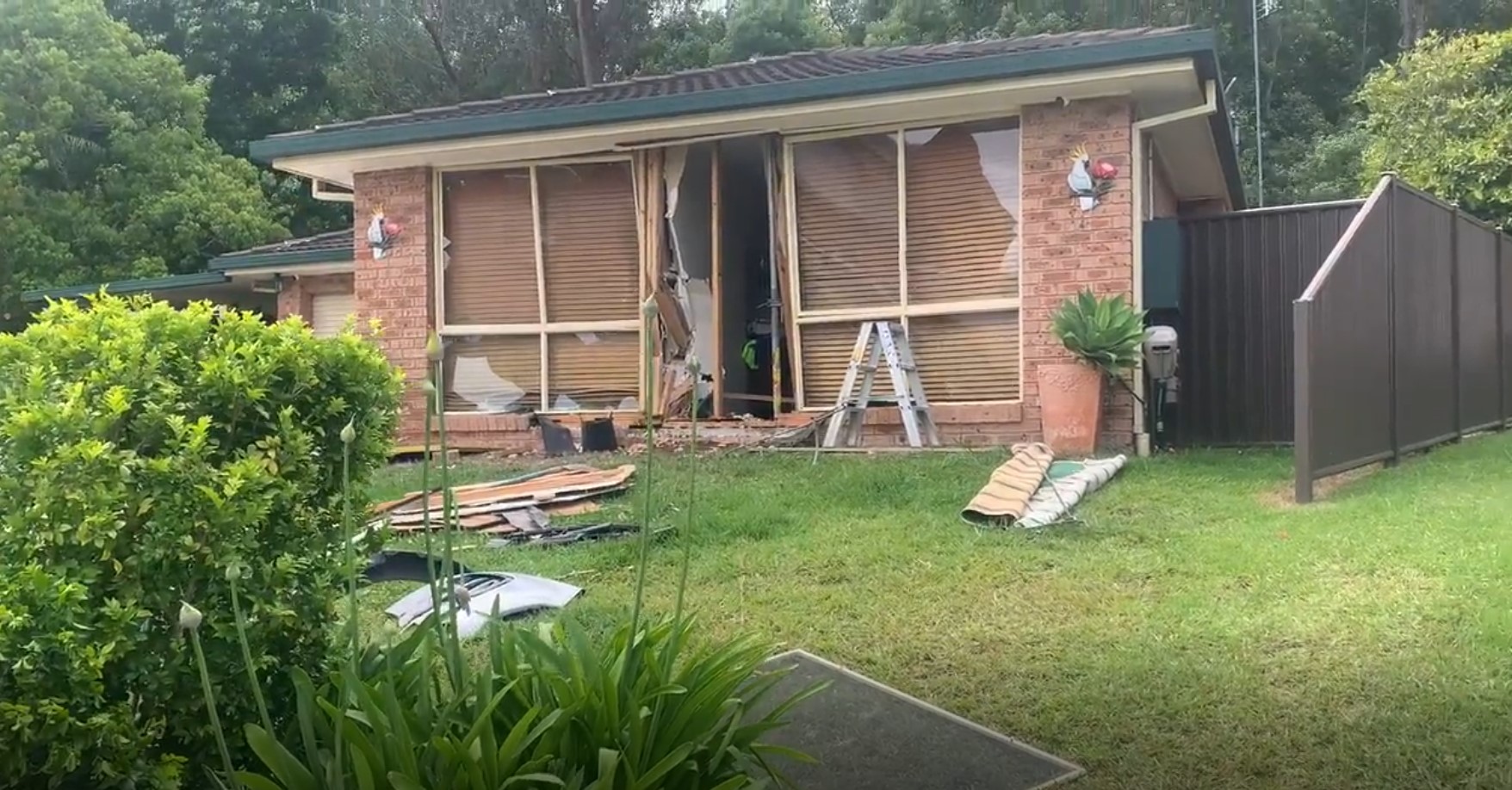 A 23-year-old man has been arrested after a car crashed into a home on the Central Coast last night.

Officers were called to the Arrawan Street property in Narara at around 9.15, following reports a Kia Sportage had crashed into the front bedroom of the home.

Thankfully, the occupants of the home were not injured, while a two-year-old girl, who was a passenger in the Kia, was taken to Gosford Hospital for minor injuries.

The 23-year-old male driver was subjected to a roadside drug test, which returned a positive result to methylamphetamine.

Police also seized 1.4 grams of ‘ice’ from the man’s possessions.

The man was arrested and taken to Gosford Police Station, where he undertook a secondary drug test. He’s since been released while the results are pending.
Inquiries into the incident are continuing.