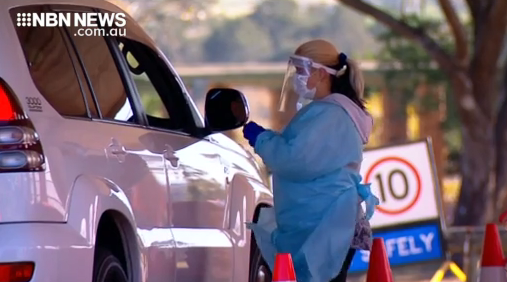 There’s also been a dip in the Hunter New England’s case numbers, with 56 cropping up overnight – around half of them were in the community while infectious.

The majority of cases are from the Lake Macquarie and Cessnock LGAs.

The virus has also now made its way into Scone, with one case recorded there.

Seven of the health district’s cases were recorded in Tamworth. 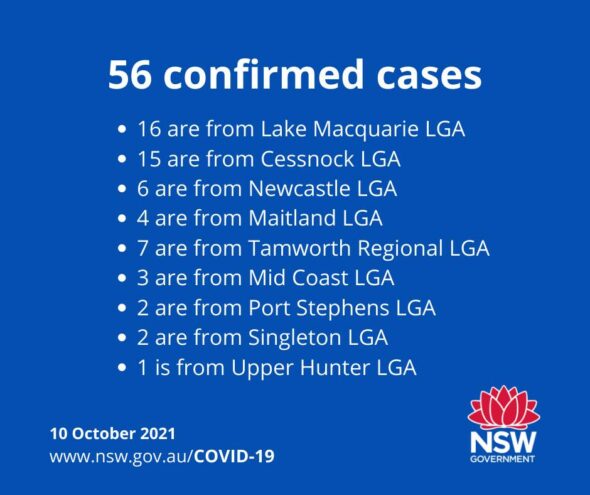 Dr Jeremy McAnulty from NSW Health said COVID-19 fragments have also been detected in Uralla’s sewage system, where there are currently no cases.

“So, if anyone who lives in Uralla or anyone who’s been there recently is urged to watch particularly carefully for symptoms and come forward for testing,” said Dr McAnulty.

“On the Central Coast, 25 new cases have been reported.”

“In Northern NSW, five new cases were reported, including two in the Richmond LGA, two in Kyogle LGA and one in the Ballina LGA… and on the Mid North Coast there are no new cases reported to 8pm last night.”

Dr McAnulty said health authorities were continuing to investigate the emergence of a different Delta strain in Sydney.

Eight people with that strain have so far been identified, seven in the one household.

Dr McAnulty said the strain showed no difference to mainstream Delta in terms of its transmission or any vaccine resistance.

Five of the men were unvaccinated, and one had had his first dose.

One new case was acquired overseas and one was acquired interstate in the same period, bringing the total number of cases in NSW since the beginning of the pandemic to 68,523. pic.twitter.com/BxIEptA3RR