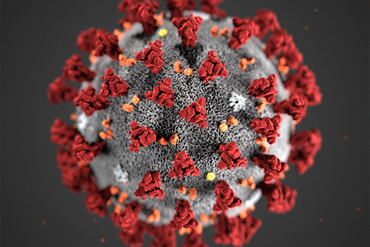 There are 113 new COVID-19 cases in Northern New South Wales.

This brings the total number of cases in the region to 1771 since August 5th.

The Hunter New England Local Health District recorded the most cases in the past 24 hours recording 69.

Kyogle is experiencing its first day in lockdown and has recorded an additional two cases.

Fragments of the virus were detected in the sewerage at Hastings Point, Ballina, Quirindi, Armidale and Tamworth.

NSW Health is urging everyone in those areas to monitor the onset of symptoms.

If they appear, they should immediately be tested and isolate until receiving a negative result. 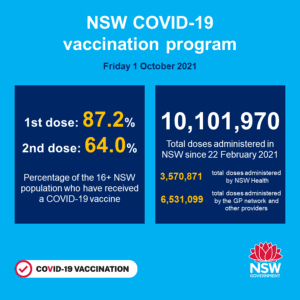 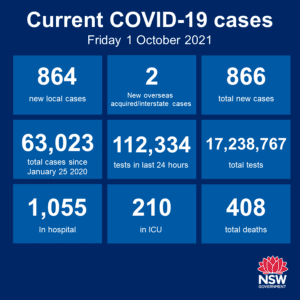 There were 69 new cases across the Hunter New England LHD to 8pm last night. This brings the total number of cases in the District to 988 since 5 August 2021.

36 cases are linked to known cases, and 33 are under investigation.

There are 36 new cases reported in the Central Coast to 8pm last night, bringing the total cases in the LHD to 749.

17 are linked to known cases, and 19 cases are under investigation.

5 new cases have been reported in NNSWLHD to 8pm last night.

There have now been 12 locally acquired cases of COVID19 reported in the Northern NSW Local Health District since the current NSW outbreak began on 16 June 2021.

There have been 22 cases reported in MNCLHD since the beginning of the current NSW outbreak.

ON THE STREET: YOUR SAY ON THE 2013 FEDERAL BUDGET