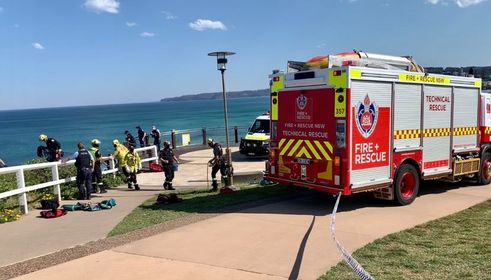 A man is lucky to be alive after becoming stuck on a cliff face at a popular beach in Newcastle.

Fire and Rescue NSW rushed to Bar Beach, around 1:30pm on Sunday, and found a man stuck 20 metres down a cliff face near the beach carpark.

Paramedics abseiled down to stabilise him, before rescue crews used a rope system to winch him to safety.

Thankfully, the man, believed to be aged in his 20s, had no serious injuries.

“If we didn’t get to him and stabilise him quickly, he could easily have fallen another 20 metres,” said Mr Boyko.

A STEP CLOSER TO NEXT SECTION OF NEWCASTLE INNER CITY BYPASS

TAMWORTH CLAY TARGET CLUB MAKING ITS RETURN TO THE RANGE