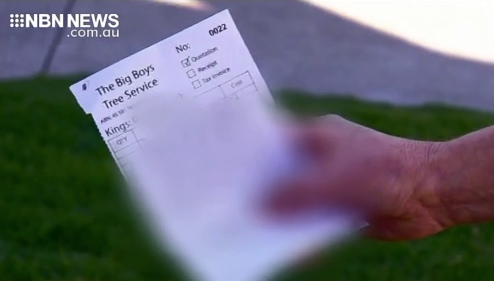 Four arborists have been charged after they allegedly returned to the Lake Macquarie area, breaching the Public Health Order for the second time this month.

Last Wednesday, police received reports a group of arborists had been canvassing the Lake Macquarie area for work.

The following day police spoke to the men, who told police they’d been working in the region on weekdays and returning to Greater Sydney on weekends, including to LGAs of concern.

Further inquiries revealed one of the men had provided inaccurate information to obtain a Service NSW permit to leave Greater Sydney and enter Regional NSW, another man did not have a permit at all, and other employees hadn’t had a COVID-19 test prior to leaving Greater Sydney as required under the Public Health Order.

Seven men were subsequently issued with PINs totalling $33,000 and directed to return to their homes in Greater Sydney.

About 2.30pm yesterday, police received information that a group of six arborists were door knocking homes at Cardiff.

Officers from Lake Macquarie Police District attended and spoke with the group before four of the men were arrested and taken to Toronto Police Station.

They were subsequently issued Court Attendance Notices for not comply with noticed direction and not ensure true and accurate information provided to Service NSW.

Police will further allege the men were operating under a different business name and had removed all company identification from their vehicles.

They are due to appear at Toronto Local Court.

A fifth man – a 33-year-old from Ropes Crossing – was issued with PINs totalling $6000 for breaching the Public Health Order and providing inaccurate information in his permit application.