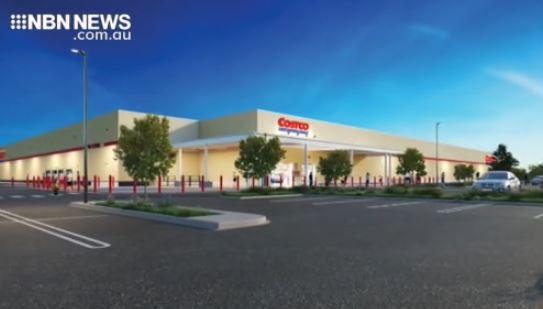 A covid-positive Costco employee, who went to work in Lake Macquarie while infectious, has created a mammoth task for local health authorities, which are now bracing for further cases in the Hunter.

The worker, from Sydney’s head office, tested positive for the virus on Friday after working four days at the Boolaroo warehouse.

The Costco cluster has grown to six confirmed covid cases, with a Toronto resident in today’s numbers linked to the warehouse’s outbreak.

A newly diagnosed case from Sydney was also associated with the Costco fuel station and the external membership office.

Hunter New England Health have had to track down more than 700 close contacts, who are now in isolation, and there are fears it has become a super-spreading event.

“This warehouse has caused us a lot of trouble over the weekend… and now multiple cases are appearing in that group,” Hunter New England Health’s Dr David Durrheim said.

“This is clearly a high transmission setting – a cool indoor environment that was crowded and unfortunately with multiple people up from Greater Sydney.”

“One of the people who came up from the South-East Sydney area brought the virus with them.”

Dr Durrheim said people bringing the virus up from Sydney is now a disturbing and worrying trend that needs to stop.

“Despite every effort that the local community… the health service (and) police are making to keep the virus away, we’re getting repeated introductions from Sydney.”

“This needs to stop.”

He’s now taking a strong stance towards the issue.

“We need to take action to make sure no one travels up the M1 and we use local employees for our local businesses.”

All members of the public who attended either the Costco Fuel Station or the onsite membership office last week, from Monday 16 to Friday 20 August, should get tested and isolate until their result is available.

Hunter New England Health says people who have already been advised they are casual contacts and many have had a test in recent days, are now required to have an additional test.