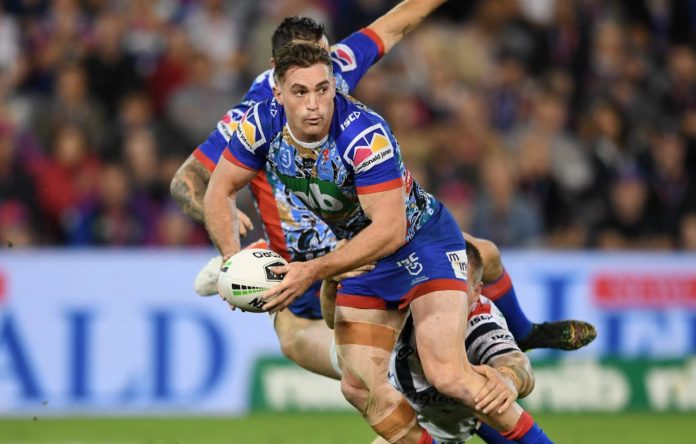 Connor Watson has told his Knights team mates he is re-joining the Roosters next season.

The in-demand utility had a host of clubs after him but in the end, it was left to a choice of two – stay in Newcastle or return to the club where he made his NRL debut.

The 25-year-old rejecting an offer of a three-year extension at the Knights worth around $350,000-a-season to return to the Roosters on a deal understood to be for less money.

Watson played his 100th NRL game against the Sharks on Sunday, 62 of those were with the Knights over the past four seasons.

In a statement, the Knights say the utility remains fully committed to finishing the 2021 season.

“The Knights wish Connor and his family all the best in their future endeavours,” the statement read.

“Our team’s focus now moves firmly towards our match this weekend against the Bulldogs.”

CHOPPY CONDITIONS FOR ROUND 1 OF NORTH COAST SURF BOAT SERIES

HERNE CRASHES OUT AT HIGH SPEED