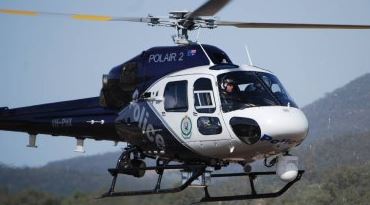 Nine teenagers have been arrested after a police pursuit across Newcastle and Lake Macquarie today.

Just after 11am, officers saw a Honda Civic allegedly speeding southbound on the Hunter Expressway.

A pursuit started at Church Street, Minmi, with the vehicle allegedly reaching speeds of 120km/hr in a sign-posted 90km/hr zone.

The vehicle was later spotted by police, before it was abandoned at Arthur Street, Cardiff, justafter midday.

A perimeter was established by officers from several Police Districts, assisted by PolAir, the Dog Unit and the Police Transport Command.

Nine people were arrested, including a 19-year-old woman and eight teenagers – aged between 13 and 17.

All nine were taken to Belmont Police Station.

The woman was charged with being carried in a conveyance without the owner’s consent and breaching bail.

She was refused bail to appear in Newcastle Local Court today (29 July).

A 15-year-old teenage boy was charged with police pursuit – drive dangerously, drive recklessly/furiously or speed/manner dangerous, take & drive conveyance without consent of owner and not give particulars to other driver.

He was refused bail to appear in a children’s court today (29 July).

A 16-year-old teenage boy was charged with breaching bail and being carried in a conveyance without the owner’s consent.

He was granted conditional bail to appear before a children’s court on August 2.

The other six teens were released into the care of their respective parents and will be dealt with under the Young Offenders Act.

All nine will be issued with PINs for failing to comply with noticed direction in relation to Section 7/8/9 – COVID 19.

“While this incident occurred across various locations, it demonstrates the great team work between all our police officers, regardless of district boundaries – we are one team protecting the people of the Hunter.”