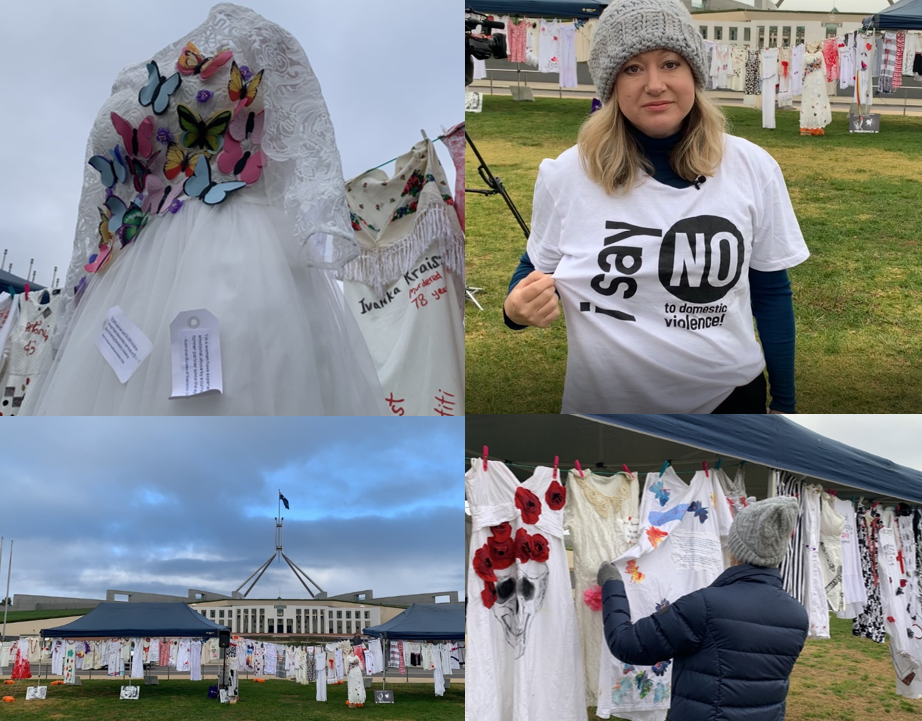 Tragic statistics reveal 19 women have died from devastating acts of violence in Australia so far this year.

The Counting Dead Women Australia Project, in association with awareness organisation Destroy The Joint, has been keeping track of numbers since 2012.

Stockton local, Stacey Kilmovitch, who was shot dead at the front door of her home has been included in these figures.

Newcastle detectives are still on the hunt for her killer and no one has been charged yet.

The project has also highlighted the overwhelming number of male perpetrators, which in most cases, are known to the victim.

Together, the team from multiple organisations hung 150 ‘dresses of sorrow’ to represent the 150 women who have died from domestic violence in this country in the last five years.

“They’re going to hand this burden of pain and trauma to the Prime Minister, to find something deep within him, that is going to properly fund our front line domestic violence services,” said Ms Claydon.

She criticised his lack of action, saying “I can’t speak for the Prime Minister, but my observations of him are that he really doesn’t get gendered violence in Australia.”

For CEO of Nova for Women and Children, Kelly Hansen, the biggest humanitarian issue contributing to violence is the housing crisis.

“There is nowhere for women to go. All crisis accommodation are at capacity. We haven’t invested in social housing for over ten years,” said Ms Hansen.

“Everybody deserves shelter, safety and a standard of living.”

Consensus among local politicians suggest no tangible change will occur until there’s action at a higher level.

Women are always encouraged to seek help where needed and report any violence immediately.

If you or someone you know are struggling please call Lifeline on 13 11 14 or 1800RESPECT.