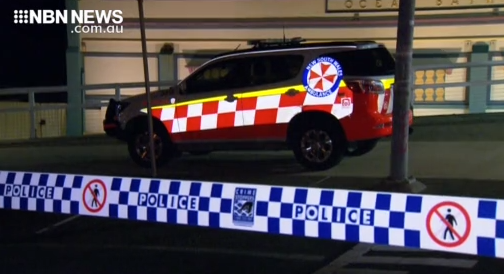 A manhunt is underway after a teenager was stabbed at the Newcastle ocean baths overnight.

Police say the 18-year-old victim was stabbed in the back multiple times, before he and his girlfriend ran from the scene around 9:35pm.

The teen then collapsed from his injuries and was taken to John Hunter Hospital in a serious but stable condition.

Police are now looking for the man responsible, who was thought to be wearing dark clothing and had his face covered at the time.

Investigators are urging anyone who may have dashcam footage from Shortland Esplanade between 9pm and 10pm or who may have seen or heard anything suspicious in the nearby area to contact Newcastle Police or Crime Stoppers on 1800 333 000.

A crime scene has been established, which will be examined by specialist forensic police.