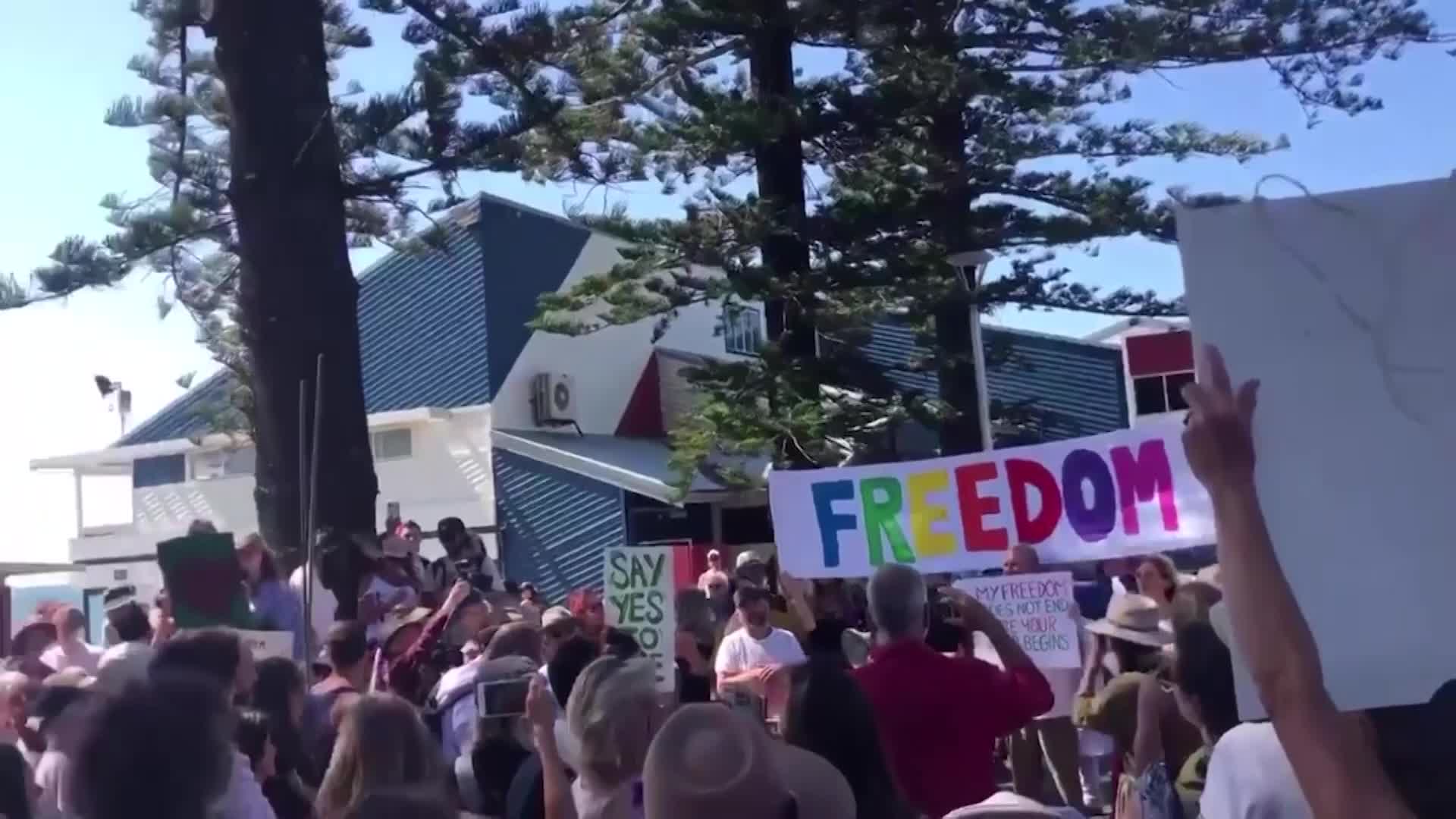 A woman who was arrested during a Freedom Day protest in Byron Bay last year has had her case dismissed in Byron Local Court today.

Around a dozen protestors gathered outside to show their support for Dharma Mitra today, who was facing a charge of failing to comply with a public health order.

The protest which took place in September attracted more than 300 people, which was not allowed under COVID-19 restrictions.

Police arrested eight other people during the protest, many are yet to face court.

BANGALOW LEFT WITHOUT POWER FOR HOURS THIS MORNING