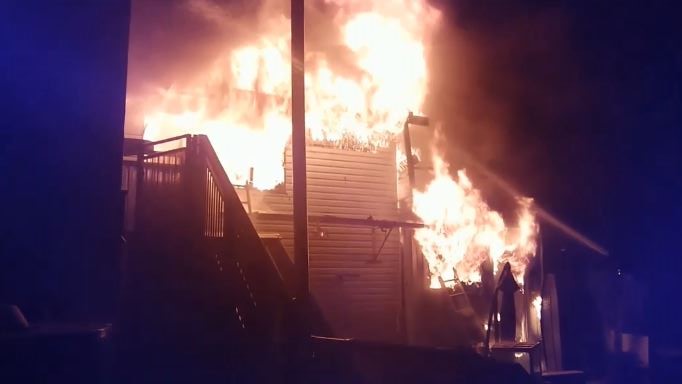 A group of people has escaped serious injury, after a home was destroyed by fire at Kotara.

Firefighters were called to Meredith Street, just after 8 o’clock on Sunday night.

Four people, including an elderly couple, were inside at the time.

Everyone managed to get out safely, including the resident’s pets, however one man was treated for burns and smoke inhalation

It took crews several hours to put the fire out, which appears to have started in a backyard shed.

The fire does not appear to be suspicious.

Fire has torn through a #Kotara home overnight, neighbours taking on the flames with garden hoses. @nbnnews pic.twitter.com/Yl9TbN6AuL