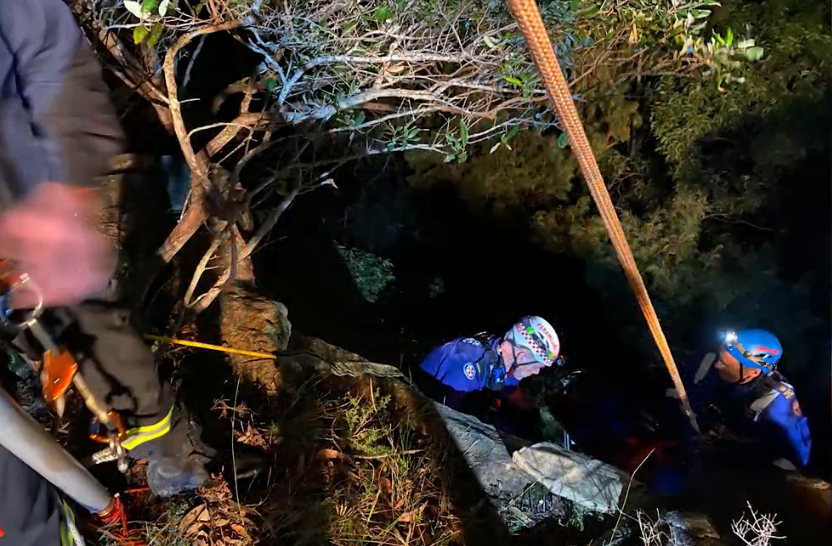 A man has been rescued after falling six metres down a cliff at Pearl Beach yesterday evening.

Emergency crews were called to the scene around 5pm, where they found a man in his 40s stuck in dense bushland.

Rescuers had to abseil to down the cliff to reach the man, who was suffering chest and pelvic injuries.

He was treated at the scene and flown more than three hours later to Royal North Shore Hospital in a serious but stable condition.